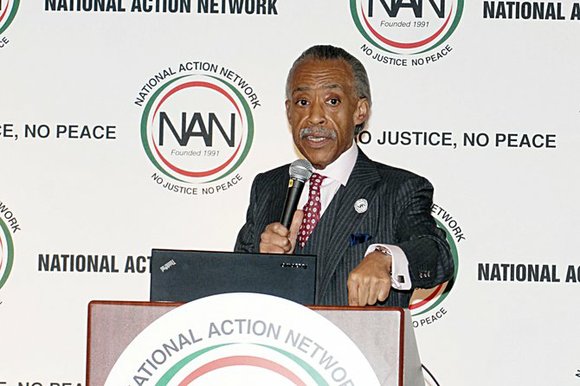 Minority groups and activists are gearing up ahead of President-elect Donald J. Trump’s inauguration Jan. 21. The National Action Network, led by the Rev. Al Sharpton, joins forces with national partners for the march Jan. 14 in Washington, D.C.

Organizers say that the We Shall Not Be Moved March and rally aims to alert the next administration and nation on core issues that must be protected after Trump’s inauguration.

The march will highlight the need to protect civil rights and the voting rights of citizens who have been excluded or targeted. The march will further emphasize the importance of health care provision for all Americans and equal opportunity. It will also demonstrate the need to keep Obama’s legacy intact and for certain core fundamentals to remain intact and nonnegotiable.

Sharpton said that he opted to hold the march Jan. 14, the start of Martin Luther King Jr. Day weekend, to honor the legacy of King and to set the tone ahead of the inauguration. “We will not allow Martin Luther King’s dream and Obama’s legacy be rolled back without them knowing there’s a fierce fight,” Sharpton said.

Sharpton said that his group and other groups focused on Black civil rights will call for transparency and traction with the Trump administration.

“We can expect that we can hold him accountable,” Sharpton said. “We are going to have a presence at every appointment hearing. There must be an organized resistance movement, and not just based on crises and episodes. Those he has nominated to his cabinet are in many ways a nightmare.”

According to a NAN press release, “The four top concerns are that police reform will continue and there won’t be mass incarceration for low-level, nonviolent crimes; that stop and frisk will not become a national policy; that the Affordable Care Act won’t be rolled back; and that climate change will be effectively addressed.”

The rally will assemble at the National Sylvan Theater on the morning of Jan. 14. More information on the march and rally can be found on the NAN website at www.nationalactionnetwork.net.