After a quick playoff exit, the Giants look towards next season 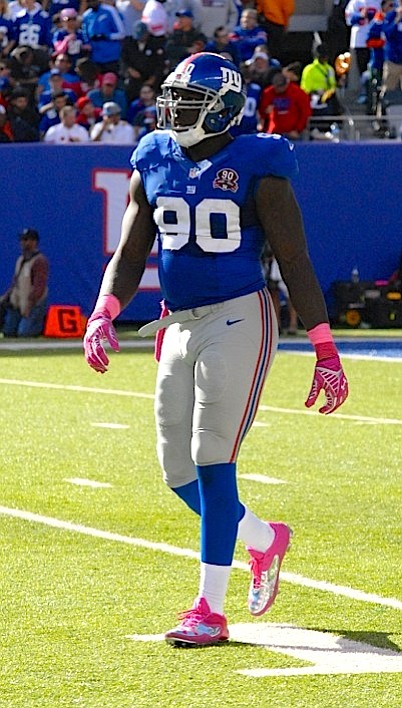 The New York Giants’ first playoff appearance in five years was short-lived. The Green Bay Packers dismissed the Giants by 38-13 at Lambeau Field last Sunday in what was the NFL’s marquee matchup on the opening weekend of the playoffs.

The game became anticlimactic at 9:19 of the fourth quarter when Packers quarterback Aaron Rodgers tossed a 16-yard touchdown pass to wide receiver Randall Cobb capping a 10-play, 80-yard drive that consumed 5 minutes, 14 seconds. The score and extra point gave the Packers a 31-13 lead and effectively ended the Giants season, one that was successful yet incomplete.

The Giants finished the regular season 11-5, tied for the second best record in the National Football Conference with the Atlanta Falcons. But by finishing second in the NFC East to the Dallas Cowboys, the Giants entered the playoffs as the conference’s fifth seed and the top wildcard entry and had to travel to Green Bay to play the NFC North division champion Packers, despite the Packers inferior record of 10-6.

The Giants made significant improvements from last season’s 6-10 team, especially in revamping their defense, which was arguably the league’s best over the course of the 16-game regular season. The unit produced two First Team All-Pros in safety Landon Collins and defensive tackle Damon Harrison, and three Second Team All-Pros in defensive end Olivier Vernon, as well as defensive backs Dominique Rodgers-Cromartie and Janoris Jenkins.

In contrast, the offense was inconsistent and lacked balance. The Giants could not run the ball consistently behind an offensive line that was often overmatched and possessed only one offensively skilled player, receiver Odell Beckham Jr., around whom opposing defensive coordinators structured a game plan. But Beckham, despite his 101 catches for 1367 yards, was a magnet for negative attention, including a controversial trip to Miami to hang out with celebrity friends less than a week before his first career playoff game, a game in which he was a non-factor versus the Packers.

Monday, Giants general manager Jerry Reese, who did an admirable job upgrading the team’s talent, addressed Beckham’s need to mature. “He is a smart guy, but sometimes he doesn’t do smart things,” Reese said.

“We all have had to grow up at different times in our lives, and I think it is time for him to do that. He has been here for three years now and is a little bit of a lightning rod because of what he does on the football field. But the things he does off the football field, he has to be responsible for those things.”

Reese said it’s Beckham’s decision making, not ability, that is in question. He continued, “Everybody knows that he is a gifted player, but there are some things that he has done that he needs to look at himself in the mirror and be honest with himself about.”

“Odell is going to be fine,” contended Giants quarterback Eli Manning. “He’s learning every year, and this is another learning experience for him.”

The Giants’ 39-year-old first-year head coach Ben McAdoo, who displayed the necessities to lead this team for years to come, could lose several key players because of salary considerations. Defensive end Jason Pierre-Paul will be on the free-agent market, and the Giants will consider whether to retain, among others, running backs Shane Vereen and Rashad Jennings, who are signed through 2017, and wide receiver Victor Cruz and Rodgers-Cromartie, who are signed through 2017.

However, the focus should be on the offensive line. If the Giants can fix things up front, they should be a solid contender for a division if not a conference title a year from now.