‘I am the child of the dream, that MLK spoke about…’ 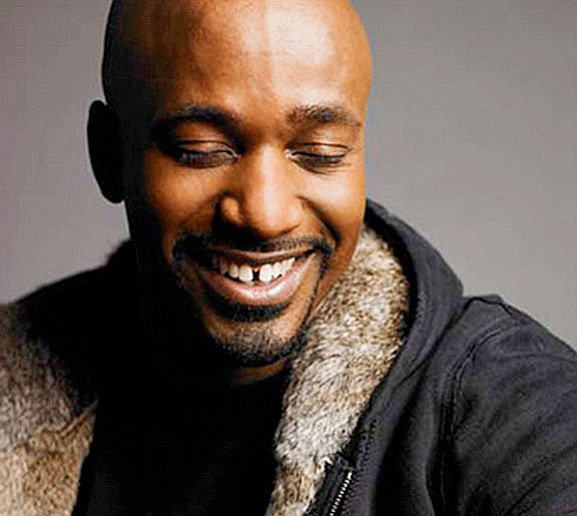 Grammy Award winner Gordon Chambers is a man of love, a man of God and a songwriter/storyteller with enough life lessons, trials and tribulations and success and glory to make for a great autobiography and motion picture.

Like most interesting people, Chambers makes it look easy, but his complicated life has become the rich fountain from which he draws inspiration to create his first love, which is music.

Chambers has two decades of accolades for penning chart-topping hits for icons and legends such as Anita Baker (“I Apologize”), Angie Stone (“No More Rain”), Brandy, Tamia, Chaka Khan, Gladys Knight (“Missing You”), Beyoncé (“After All Is Said and Done”), along with three successful solo albums under his belt (featuring Grammy-nominated guests Ledisi and Carl Thomas). And yet, despite the success, the prolific songwriter found himself at a fork in the road.

He endured the passing of five family members, including his friend and collaborator Whitney Houston. Then it really got ugly. He almost died—twice. He escaped drowning in familiar Florida waters, the victim of a vicious rip current, and he escaped with his life, and nothing else, after a four-alarm blaze consumed his house on Valentine’s Day, 2016. The combination of events almost destroyed his spirit. It was a dark time for Chambers, and he began to question his “own relevance.”

He struggled through the tempest and turned to what healed him the best and fastest, music. His fourth album—“Surrender”—which is released on Martin Luther King’s birthday, was done with deliberate purpose and includes songs by Grammy-winner Lalah Hathaway, the inspirational “I Made It” featuring Eric Robertson and Steff Reed, the jazzy “Imaginary Love” featuring Carol Riddick, an acoustic tribute to Whitney Houston entitled “My Way” and the gospel standard “I Surrender All.”

“King loved music,” reminded Chambers, “and to honor his contribution to the world, the song ‘One Voice,’ written with my friend Phil Galdston, echoes many of the life lessons and sentiments shared by Martin Luther King.”

The world keeps spinning and we must keep hope alive and that might sound hopelessly naïve, but it is something we must do none the less.

Here is what Chambers shared with the AmNews on why he chose Martin Luther King’s birthday to release his newest work.

AmNews: Our nation is bracing for what will undoubtedly be one of the most challenging times since the early fight for civil rights. Why did you choose the date to release “Surrender?”

Chambers: I chose to release my album “Surrender” on Martin Luther King’s birthday because I am a child of “the dream” he spoke about. I was raised in Teaneck, N.J., by Jamaican parents in the first town to voluntarily desegregate its school system. President Obama, who led America with the ideal of MLK’s dream, is leaving office in a matter of days. The country has been in turmoil through this election cycle. We are heading into a time of great uncertainty. I think one of the things that can inject some hope back into people is music. This album is a cycle of song from heartbreak to hope, and “One Voice” is the most optimistic of them all.  I wrote it with a Jewish friend of mine for Brandy years ago on the very day I decided to leave Essence and pursue music full time, and thought it was time for folks to hear this message again. Having traveled the world, I know that music heals and connects. As the lyric states, “There is just one sky above/One source of love/If I’ve got one chance, one choice/I’ll sing it from the heart with one song, one voice.”  This is my mantra in a song. If I should die, this could be my epitaph. These are the ideals I hold most high in my heart, and I hope those who buy this album and moved by this song for the same reason.

AmNews: What is your favorite Martin Luther King quote