Starr Andrews aims to shine on the ice 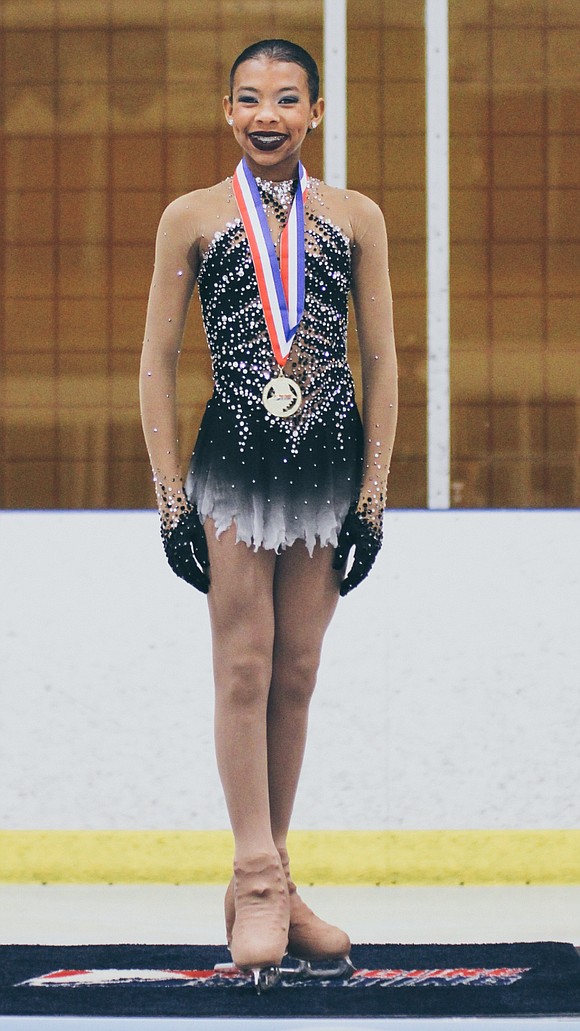 When a YouTube video posted when you were nine has received more than 44 million views, what’s next? For figure skater Starr Andrews, the answer is the U.S. Figure Skating Championships that begin Jan. 14 in Kansas City, Mo. After winning the free skate and finishing second overall in the Pacific Coast sectionals, Andrews, now 15, is aiming for a spot on the junior ladies podium.

“My thoughts heading into the national championships is to do what I’m doing in practice and I’ll be OK,” said Andrews, who in 2010 gained worldwide attention for an exhibition performance to Willow Smith’s “Whip My Hair,” which was choreographed by her mother, Toshawa Andrews.

Coached by Derrick Delmore and Peter Kongkasem in Los Angeles, Andrews has matured from the precocious showoff to an elegant and stylish skater capable of triple jumps. Last fall, Andrews placed first at the U.S. Figure Skating Challenge Skate in Salt Lake City, defeating skaters from all over country.

Her free skate is set to music from the ballet Swan Lake. She said she’s been working on artistry and bringing out the emotions in her program because that will set her apart. Toward that goal, off-ice Andrews works with dance teacher Ina Rogers at the Debbie Allen Dance Academy.

“It’s been a long time since the ‘Whip My Hair’ video; now people can see how much more mature I’ve gotten,” said Andrews. “I love to compete. I don’t really think about it until the time comes and when the time comes I’m really excited to do my program and show everybody what I’ve been working on.”

A compelling part of Andrews’ story is her mother’s struggle with cardiac microvascular disease, which has caused Toshawa Andrews to have a dozen heart attacks. A former adult skater with a strong love of the sport, she stays focused on survival so she can see Starr’s dreams and those of her sisters, Skylar, a gymnast, and Ashton, a baseball player, come true.

“My goal for Starr is to skate her potential,” said Toshawa. “If she focuses … the sky is the limit.”

Andrews is aware there aren’t a lot of African-American skaters, and although she doesn’t dwell on it as she competes she is intent on making history.

“My goal is to be the first African-American to win the Winter Olympics in figure skating,” said Andrews.