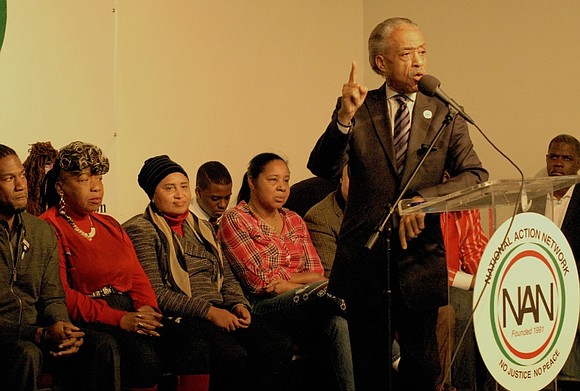 Each year, the Rev. Al Sharpton and the National Action Network commemorates the birthday of Dr. Martin Luther King Jr. in the nation’s capital, and on Jan. 14, the holiday celebration will be joined by thousands assembling there to protest the inauguration of Donald Trump.

“Six days before Trump’s inauguration,” said Sharpton, “we will rally and put the administration—and he nation—on noticed that there are some things that will not be changed no matter who is president and what party dominates the House and Senate.”

Sharpton continued, “Protecting the civil rights of citizens and the voting rights of people who have been excluded, providing health care for all Americans and equal opportunity should supersede any of the Beltway partisan fights that we are inevitably headed into.”

The civil rights leader added, “Some have given their lives and others dedicated their lives to try to make Dr. King’s dream a reality, and now they have added to that mission by preserving the legacy of President Obama.”

Thousands are expected at the march. For further information about travel and other accommodations, call 1-877-626-4651.