Women on the march! 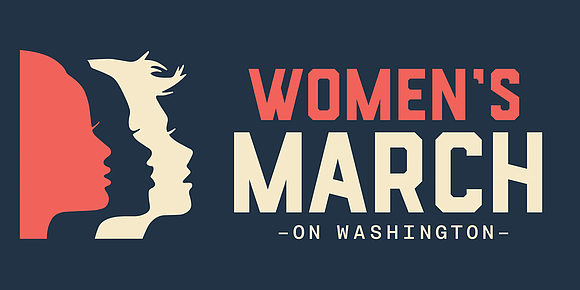 More than 100,000 are expected to attend the Women’s March on Washington on Jan. 21, the day after Donald Trump’s inauguration. A good number of those attending will be there to protest and to voice their concern about the new administration. The protestors include a growing list of celebrities.

Among the notable Black women who have announced they will participate are vocalist Angelique Kidjo, painter Kara Walker, actress Danielle Brooks, journalist/author Margo Jefferson and Tamika Mallory, one of four national co-chairs of the march. “I’m involved with the Women’s March on Washington because sometimes we forget this power,” Mallory said. “We doubt ourselves, and separate ourselves by race, religion or sexual orientation, and then think that we can solve all of these problems alone. We forget about the power in numbers needed when coming together as one and pushing back on the rapists, the racists, the prejudice and those who think they can kill us, assault us and brag about grabbing it without necessary repercussions.”

“Since the election, so many fear that their voices will go unheard,” said Ferrera in a press release Monday. “As artists, women and, most importantly, dedicated Americans, it is critical that we stand together in solidarity for the protection, dignity and rights of our communities. Immigrant rights, worker rights, reproductive rights, LGBTQIA rights, racial justice and environmental rights are not special interests, they affect us all and should be every American’s concern.”

The Women’s March on Washington is just one of many planned throughout the inaugural week and across the nation. From Utah to the United Nations in New York City, marches and rallies will take place to send a message to the Trump administration, particularly its promises to undermine, if not altogether eradicate, issues pertinent to women’s rights, civil rights and human rights, which threatens the entire planet.

“It is my duty as an American citizen to exercise my rights, make my voice heard and stand up for what I believe in,” said actress Scarlett Johansson. “The new administration may be very vague about specifics, but one thing has been made very clear—their intentions of reducing the availability of Women’s Healthcare and attacking her reproductive rights. I am marching on Washington to let our next president know that we, men and women alike, will not stand down or be silenced and will fight to protect our bodies and our choices.”

And if you can’t get to Washington, there’s a Women’s March on NYC Jan. 21 with similar aims and goals, especially in the promotion of civil rights. Marchers are asked to assemble at the Dag Hammarskjold Plaza at 833 first Avenue from 11 a.m. to 4 p.m. More information is available at WomensMarchonNYC.com. For additional information on the march on Washington, go to www.womensmarch.com.