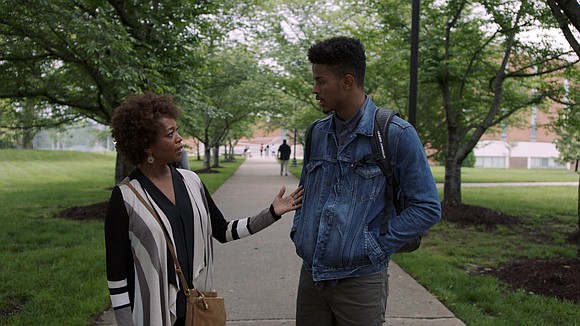 This year our annual Hollywood road trip will begin with the famed Sundance Film Festival, one of the most respected film festivals in the world. The 2017 festival will present 120 feature-length films, representing 32 countries and 37 first-time filmmakers, including 20 in competition. These films were selected from 13,782 submissions.

Here are the films we suggest you keep an eye on this year at Sundance 2017:

At age 14, hustling the streets to provide for her family, Roxanne Shanté was well on her way to becoming a hip-hop legend.

The most feared battle MC in early 1980s New York City with the weight of the world on her shoulders.

For more than a decade, this portrait of a North Philadelphia family and the creative sanctuary offered by their home music studio was filmed with vérité intimacy. The family’s 10-year journey is an illumination of race and class in America, and it’s a testament to love, healing and hope.

The senior year of a girls’ high school step team in inner city Baltimore is documented as they try to become the first in their families to attend college. Told against the backdrop of social unrest in their troubled city.

Xolani, a lonely South African factory worker, travels to the rural mountains with the men of his community to initiate a group of teenage boys into manhood.

A look at Winnie Mandela’s life.

Jessica James, an aspiring New York City playwright, is struggling to get over a recent breakup. She sees a light at the end of the tunnel when she meets the recently divorced Boone. Together, they discover how to make it through the tough times while realizing they like each other—a lot.

In the post-World War II South, two families are pitted against a barbaric social hierarchy and an unrelenting landscape as they simultaneously fight the battle at home and the battle abroad. This epic pioneer story is about friendship, heritage and the unending struggle for and against the land.

After racially charged shootings in a North Carolina town, an investigator digs into the cases alongside a special prosecutor. Together they seek justice while navigating the ensuing media attention and public unrest threatening the divided town. The festival will premiere two episodes of this 10-hour series, followed by an extended Q&A.

After his arrest at age 16, Kalief Browder fought the system and prevailed, despite unthinkable circumstances. He became an American hero. The festival will debut the first two episodes of this in-depth, humanizing look at a broken justice system, followed by an extended Q&A.