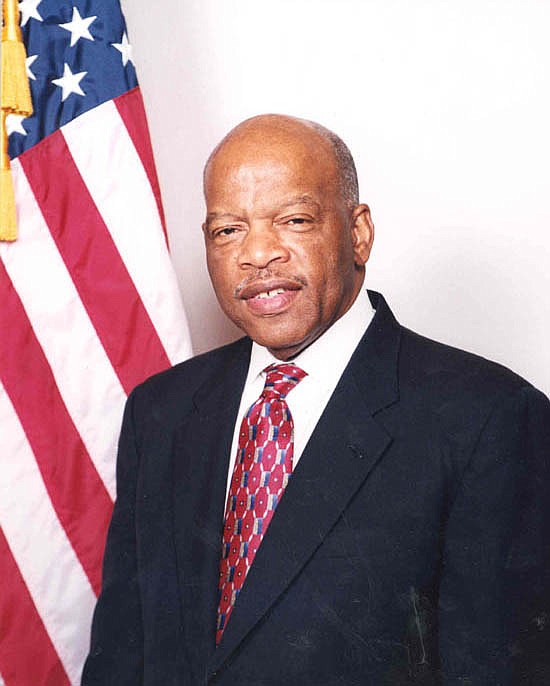 Many of the Democrats in Congress may not have needed a reason to boycott Donald Trump’s inauguration, but his sharp retort to Rep. John Lewis has given them the cover they need. On Tuesday, it was announced that more than 50 of them have made it public they won’t be there Friday when Trump is sworn in.

“When you insult [John Lewis] you insult America,” said Rep. Yvette Clark of Brooklyn, capturing the general outrage of her colleagues about Trump’s brusque tweet.

Congressman Anthony Brown of Maryland voiced a similar complaint, declaring, “President-elect Trump, you have the undeniable right to take issue and disagree with John Lewis’ opinion about the legitimacy of the election results. But Mr. Trump, you need to think carefully about disparaging a civil rights icon such as John Lewis, let alone anyone exercising their freedom of expression that many of us fought for.”

The dispute began after Lewis, in an interview Friday, said he didn’t believe Trump was a “legitimate president,” citing the Russian hacking during the election. Trump tweeted his response: “Congressman John Lewis should spend more time on fixing and helping his district, which is in horrible shape and falling apart (not to mention crime infested) rather than falsely complaining about the election results.”

Falsely is a word Trump should be wary of because the district he cites as being in “horrible shape” is among the best in Atlanta. Trump continued his comments, even more inaccurate and insulting, to say that Lewis was “all talk, talk, talk—no action or results. Sad!”

During the Dr. King day celebration in Harlem, nearly all the speakers took exception to Trump’s denunciation of the civil rights icon, and their refusal to participate in his inauguration is just one of the ways they plan to resist the new president.

“Trump, who lost the popular vote, has made a series of racist, sexist and bigoted statements,” said Rep. Ted Lieu of California. “In addition, he has attacked Gold Star parents, veterans such as John McCain and now civil rights icon John Lewis.”

The dispute between Trump and Lewis continued Tuesday when Trump corrected Lewis on his statement that Trump’s inauguration will be the first he has missed. Lewis’ office later agreed that he had protested the inauguration of George W. Bush, who he believed had won unfairly because of the results in Florida and the intervention of the Supreme Court.

Sen. Chuck Schumer, the new minority leader of the House, said that the Democrats “had every right to boycott the inauguration.” Later, during an interview, he said, “I respect where they’re coming from. There have been so many irregularities in this, especially with Russian interference, so I respect where they’re coming from. I think each person has to make the choice on their own, but I don’t begrudge those who have said they’re boycotting. Each person can make his or her own decision.”

Schumer gave no indication if he would be attending the inauguration.

To some degree, the protest by the Democrats reflects Trump’s approval rating of around 40 percent, the lowest by an incoming president in recent memory. President Obama entered office above 80 percent.