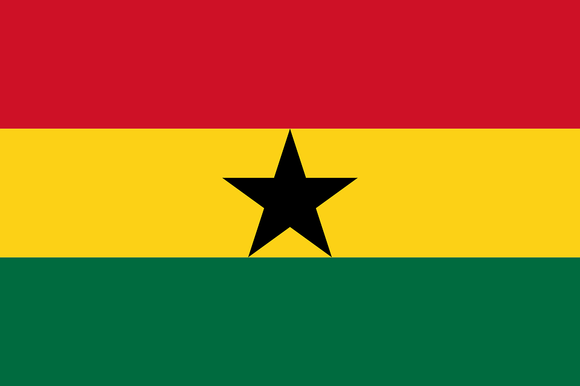 Jan. 6, 2017, a day before the West African nation of Ghana changed leadership (President John Dramani Mahama lost the election to Nana Akufo-Addo), I was blessed to receive my Ghana citizenship along with Bro. Earl 3X Reddix from Las Vegas. I received a call that if I was going to receive my citizenship I had to do it before Jan. 7, when the new president would be sworn in. The swearing-in ceremony took place at the Ministry of the Interior. A number of new citizens were sworn in, and I was honored by being chosen to address the new citizens of Ghana.

The first president of Ghana, Dr. Kwame Nkrumah, wanted to see this marriage from the time he attended college in America. One of the Africans from the diaspora, Dr. Robert Lee, told me a touching story of how he and his then girlfriend, who later became his wife Sarah, saw a sign posted at Lincoln University in Pennsylvania announcing that a speaker with a funny name would conduct a lecture on Africa at the chapel. The couple decided to attend the lecture, and the speaker was Kwame Nkrumah. They were moved and touched, according to Lee, by Nkrumah’s knowledge of Africa and the struggle of the African people. When the Lees finished graduate school, they reached out to Nkrumah and made a decision to move to Africa, where they became citizens of Ghana and as dentists used their knowledge to help Ghana. Their experience in working with Nkrumah can be found in the book titled “American Africans in Ghana,” by Kevin K. Gaines. Sarah Lee also became the first African-American director of the W.E.B. DuBois Centre in Accra.

Nkrumah always thought that Africans in the Diaspora would play a major role in the continent’s development—descendants of the people who were dragged from the continent in the holds of slave ships and brought to the Western Hemisphere to build a world for the Europeans. Michelle Obama, at the Democratic National Convention, touched on this topic in a profound way when she stated, “I wake up every morning in a house built by slaves.” She struck a blow for consciousness on both sides, Black and white, a fact overlooked and in many cases never thought about by many.

Nkrumah saw this linkage as his mission. The marriage between Africans in the Diaspora and those on the continent is a difficult marriage but a marriage of necessity. He saw the Africans in the Diaspora bringing the knowledge they had gained as slaves building the white man’s world back to the continent of Africa. We should all applaud this gallant effort by former President John D. Mahama.

My declaration over the 12 years that I lived in Ghana was that it’s better to see Africa once than to hear about it a thousand times. It was my push to engage Africans from the Diaspora to travel, live, work and do business on the African continent. Mahama stood on the shoulders of Nkrumah and later the founder of his party, the Provisional National Defence Council, Jerry John Rawlings, reaching out to Africans in the Diaspora to visit.