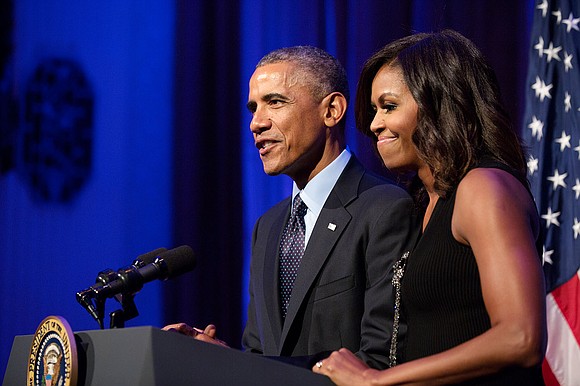 Au revoir, President Obama.  President Barack Hussein Obama, 55, departs the White House with a legacy of sweeping change and political controversy. He was not only the first African-American President of the United States but also a change agent in the lives of Americans and people worldwide with accomplishments that far outweighed his defeats.

Obama inherited America’s worst economic era since the Great Depression of the 1930s. He faced a failing economy and turned it around. In 2008, this first-term Senator from Illinois, with the audacity of hope was elected president when America’s economy was failing and unemployment was more than 10 percent, reaching 20 percent in some African-American communities. Back then, poor economic news led every broadcast.

In addition to rising unemployment, America’s automotive industry was on the verge of bankruptcy. The financial sector was imploding. Homeowners were abandoning their houses as property values plummeted. Life savings were wiped out. The global economy was dangerously tilted downward. As the world’s largest economy, America’s economic freefall was taking other nation’s down with it.

In 2009, I stood among a million people in frigid temperatures awaiting the swearing-in of a community organizer turned law professor, and then politician. Senator Obama promised to bridge a divided Washington. Few recall how much rested on his relatively young shoulders. He campaigned on making change. It was symbolic that the Supreme Court’s conservative Chief Justice John Roberts bungled the oath of office at the swearing-in. In unprecedented fashion, it would have to be repeated later that evening.

Not far from Capitol Hill, conservatives were meeting to plan Obama’s demise. They all pledged to do everything they could to defeat his policies and make him a one-term president. One conservative radio host openly hoped for his failure. A divided Congress would become even more strident with Republicans taking a staunch anti-Obama stance on every proposal during his administration. They would shut down the government before working with him on mutually beneficial legislation.

Within his first months in office, Obama signed economic recovery laws that saved the automotive industry and supported the failing housing industry. The Justice Department, led by Eric Holder, attacked Wall Street and housing for discriminatory practices by large banks that had forced homebuyers, especially people of color, into risky subprime loans with balloon payments resulting in millions of foreclosures. Keeping people in their homes and employed was the mission of Obama’s first term.

Obama entered office under allegations that he was neither a citizen nor a Christian. Rumors by conservatives had his birthplace in Kenya, and therefore, prohibited from office because by the constitutional dictate that only “natural born citizens” can be president. There is no religious requirement. However, questions about his birth and religion continued to haunt him even after publishing his birth certificate. Donald Trump was the most vocal leader in this birther movement.

Obama is the child of a white mother from Kansas and Kenyan father. He was also raised by her white parents in Hawaii. These childhood challenges as an outsider gave him insights that led him to champion immigration reform. He signed executive orders protecting the children of undocumented parents brought to America and facing deportation. The Dreamers Act would allow young undocumented children to remain in the United States.