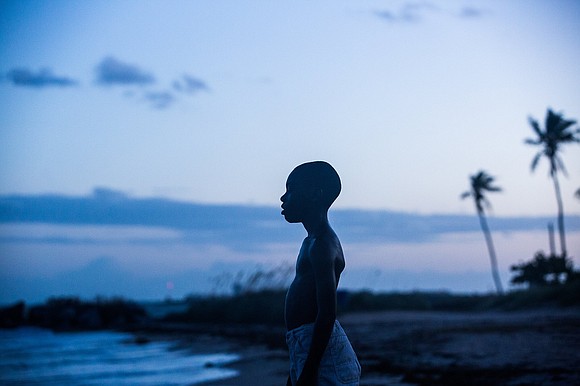 Deeply affecting, "Moonlight" is a small, beautifully told story that resonates well beyond the time spent in the theater. From A24

Host Anthony Anderson is going to keep the comedy hot and topical Feb. 11 with the NAACP Image Awards, starting with a 90-minute live red carpet pre-show, which is followed by the star-studded, two-hour, live TV special, airing on TV One.

The NAACP Image Awards celebrates the accomplishments of people of color in the fields of television, music, literature and film and also honors individuals or groups who promote social justice through creative endeavors.

In music Beyoncé leads with seven nominations and following close on her fashionable heels is her gifted sister, Solange Knowles, with five nominations. On the acting side, the charismatic Donald Glover and producers/director Nate Parker both received three nominations.

The growth of diversity continues both behind and in front of the camera, with ABC and HBO garnering the most nominations. Under the music category, Columbia Records takes the No. 1 position.

In the motion picture categories, the family focused Walt Disney Studios leads with nine nominations, followed by Focus Features with seven nominations, and A24 (“Moonlight”) and Fox Searchlight Pictures both received six nominations.

Last year produced some tremendous work from artists who are not afraid to use their gifts to shed light on the ills of our nation. In the coming years of the Trump/Pence administration, where open racism, sexism and violence are not only accepted but also celebrated, the role of the NAACP in our nation’s life has never been more important.

Spreading the news to the widest audience is one key reason the TV One broadcast is so important.

“The NAACP is delighted to have a great collaboration with TV One and we look forward to working with them again to create a memorable evening of entertainment celebrating the hard work, perseverance and achievements of those in our community,” stated Roslyn M. Brock, chairman of the NAACP National Board of Directors.

“The Image Awards is the premier showcase for art and advocacy reflecting the depth and diversity of the African-American experience,” stated Cornell William Brooks, president and CEO, NAACP. “It is an American prism through which we see a breadth of culture and color reflected in film, television, music and literature in ways that reveal our shared humanity. At a moment when America is so divided, the Image Awards represents an hour that brings us together.”

For all information and latest news, please visit the official NAACP Image Awards website at www.naacpimageawards.net