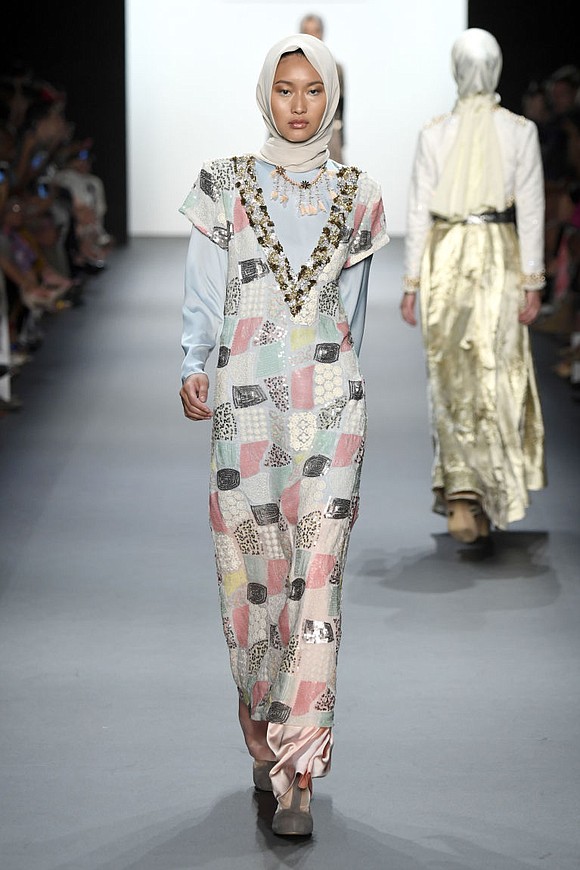 Anniesa Hasibuan was the first Muslim and the first Indonesian designer to show the hijabs on the NY Fashion Week runway. Born in Jakarta, July 30, 1986, she is the wife of Andika Surachman, a young entrepreneur. After some time, Hasibuan began a new hobby that led her into the fashion world. Initially, she designed outfits for herself and soon began designing for close friends. In early 2015, Hasibuan ventured into the fashion world with her husband’s support. Her passion for fashion grew tremendously and very quickly.

She was eager to show her debut fashion collection on the runway in London, where her designs were welcomed warmly. To enhance her knowledge, she began taking fashion design courses there to enhance her career. Currently, Hasibuan is signed at the Indonesia Fashion Gallery in New York City. Hijabs are worn with trousers, skirts, dresses, suits, kimonos, tunics and gowns. Her mix of fabrics, such as velvet with satin were remarkable. Her collection was very well received by a standing-room-only crowd. At NY Fashion Week shows held at Moynihan Station, Hasibaun’s Spring/Summer 2017 Collection was magical, yet elegant. One after another, her ensembles were rich in fabrics and color and very glamorous.

Another designer, Eva Xu, showed her collection with a theme titled “All Comes From Nothing.” Her company Toutiao x ACFN, was founded in 2014. Xu earned her BFA from Tsinghua University’s Academy of Art and Design and her MFA at the School of Art Institute of Chicago.

In Chicago, she was mentored by contemporary artist Nick Cave. After her move to New York, she worked as a designer for fashion houses such as Michael Kors and Ralph Lauren. She created her company ACFN out of the desire to create a more personal womenswear line for creative lifestyles. “All Comes From Nothing” is a contemporary line that brings artist collaboration into minimal and urban shapes. The ACFN woman creates for life. For Xu’s customers, fashion is an accomplice, not a calling card.

Renee Minus White is the author of “Maybe My Memoir,” the story of an original member of The Chantels, the famous 50s female group, who recorded the hit “Maybe.” Her book is available at Rosedogbookstore.com, Amazon, Barnes & Noble, Google Play and Kindle.