Complexions kicks off season at the Joyce Theater 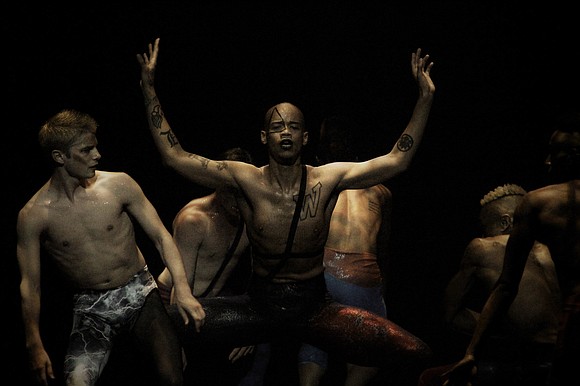 Complexions Contemporary Ballet, a company formed in 1994 by resident choreographer Dwight Rhoden and dancer Desmond Richardson, kicks off its 23rd season at the Joyce Theater (Jan. 24-Feb. 5) with two distinctive new programs and a troupe of dancers that will knock your socks off.

Exploding onto the Joyce Theater stage with their signature athleticism, virtuosity and passion, the Complexions’ dancers make show why this company has been so successful. The dancers effortlessly display a masterful command of a range of techniques as they embody the energy and beauty of a broad spectrum of musical styles that makes Bach, Handel, Metallica and rock legend David Bowie seem like kissing cousins.

“In a nutshell,” Richardson said during a recent interview, “Complexions Contemporary Ballet is about the heart, soul and humanity of dance.”

As one critic said, “Rhoden treats the body as a source of endless possibility. Dancers chomp through dizzying cyclonic sequences with lusty exultation … Their physical vigor awes.”

Richardson and Rhoden don’t ask anything of their dancers they haven’t done themselves. They have impressive resumes. In addition to being the first African-American principal dancer with the American Ballet Theater (a distinction similar to Misty Copeland being the first African-American principal ballerina with ABT), Richardson also has under his dance belt a Tony Award nomination, years with the Alvin Ailey American Dance Theater and dancing as a principal member and invited guest with some of the most prestigious domestic and international companies, including the Bolshoi Ballet. Reviews are love letters. One writer wrote that his dancing was “Moving sculpture, a body that is art, passing through time and space with power and grace.”

Rhoden, equally accomplished, is one of the most sought out choreographers of the day. Before devoting his career to making dances, he danced with a range of companies throughout the U.S., Canada and Europe, including the Alvin Ailey American Dance Theater. As choreographer, his work has filled some of the most prestigious theaters across the globe.

The company they founded is as exciting. Complexions’ 2017 Joyce season program highlights its signature approach to contemporary ballet with two premiers and a number of audience favorites that will both delight and dazzle. The New York premier of “Star Dust,” features the first installment of a full-evening ballet tribute to the genre-bending innovation of one of the most prolific rock stars of all time, David Bowie. The ballet takes an array of Bowie’s hits and lays a visual imprint inspired by his unique persona and restless artistic invention, resulting in a rock opera production in his honor.

“Gutter Glitter,” the second premier, is both edgy and soft, set to electronica that finds the spark of rare beauty and inspiration in unexpected places. Richardson said, “‘Gutter Glitter’ is indicative of the times we’re living in. Dwight wanted to comment on a few things, some political. Just speaking about humanity and the togetherness and unity with this diverse, hybrid community because that’s what the world is becoming despite some folks resistance to it.” It is the first of an ongoing initiative that Rhoden calls “The Collage Series,” which offers new dance works in a visual collage format that seeks to highlight his ongoing passion for “finding the interconnection among disparate elements through dance.” The premiers share the Joyce program with a repertory piece, “Ballad Unto…,” about unrequited love set to Johann Sebastian Bach’s “Chromatic Fantasy and Fugue” and “Partita #2—Chaconne.”

There will also be a performance by the students of Complexions’ pre-professional program, and guest performances by Complexions co-founder Desmond Richardson, Complexions alumni Clifford Williams, Israeli dancer and choreographer Ido Tadmor and Natiya Kezevadze, among others.

“Complexions dancers really have something special,” Richardson said during a recent interview. “You don’t see dancers like this very often. They are trained in a range of ballet techniques but they can do it all. Our dancers are super versatile.” What else would you expect from a company founded by two who could also do it all.

A fundraising gala hosted by film, stage and television star Vanessa Williams will be held Thursday, Jan. 26, to support Complexions’ educational initiatives through scholarships, mentorship programs and the continued development of Rhoden’s and Richardson’s methodology of dance training.