‘God made me funky’ 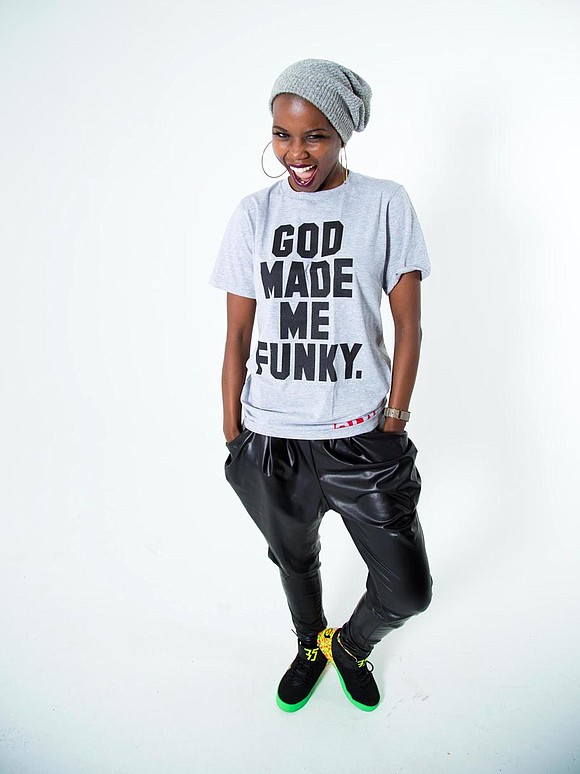 When you know you’re rocking something fresh, that air of confidence is sometimes misleading. That is, until you get that acknowledgement. Oft times a smirk/head nod combo is the minimal stamp of approval. Then there’s the “Yo, my man. I got to have one of those!” varieties. Those acknowledgements lead to exchanging memories, experiences and ideas.

I found myself in the latter situation a couple of times while maneuvering through airports. “God Made Me Funky,” was the phrase emblazoned on the front of the T-shirt. As a stand-alone slogan, the compliments were appreciated. A chosen few were really in the know, and when their eyes locked onto the quote they had to have it. It struck a chord that went well past nostalgia, to the time when they first heard the classic breakbeat by The Headhunters, entitled “God Make Me Funky.”

All senses were activated as we engaged on the who, what, where and when of this track and what it meant to the building of the fledging hip-hop culture. That reaction was the bullseye James “Koe” Rodriguez, president of the company, A Thousand Words (better known as ATW), hoped to achieve when he created the piece. “It’s great to have a brand that connects so well with people on so many levels,” he said. “Not just aesthetically, but historically and culturally.”

The people who are buying the shirt, for the most part, have stories attached to the reason. Citing as a case in point, Rodriguez said, “When I look over the orders, I see that we have a fan base that literally stretches from the Bronx to Brazil. There in the correspondence was a message from one of the band members who said that he Googled the phrase ‘God Make Me Funky’ and your brand came up and after I saw it I had to buy this shirt.”

Rodriguez said of himself, “I’m an ex-graffiti writer and hip-hop scholar and someone faithful to the culture.”

That assessment understates his worth to hip-hop. His work as a documentarian is where he excels. Rodriguez is the owner/founder of Koe Rodriguez LLC, which currently represents renowned photographers such as Jamel Shabazz, Martha Cooper, Joe Conzo, Ernie Panicolli, T. Eric Monroe, Henry Chalfant and Koi Sojer. He has managed to bring people back to the love and eminent danger of the early stages of the culture. Hip-hop energy comprises and thrives off the energy of people who had the foresight to make a way out of no way. Empty words by so-called music historians have spun the same tale; the pictures, though, provide the truth. Preserving those jewels and not bowing to the temptations of cashing out is an admiral task.

“I grew with the culture, so if I produced a garment that was subpar, it would reflect who I am,” he stated. “People know me to be a man of integrity, someone who continues to actively push hip-hop forward. And if my product is not aligned with who I am as a person, I’d be doing a disservice to hip-hop.”

To get a taste of what the line is like, check http://www.athousand-words.com.