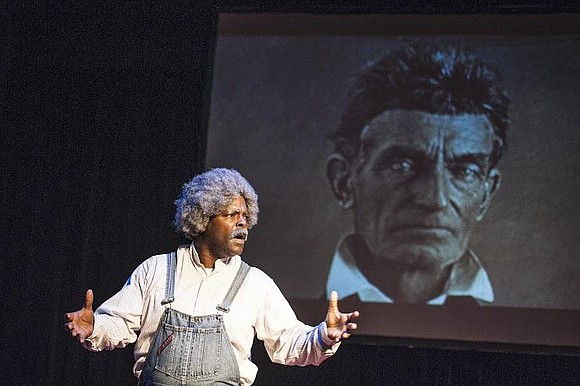 Like his fellow native Brooklynites (Cecil Payne, Max Roach and Randy Weston), the pianist Ed Stoute wears his Brooklyn badge of honor with distinction as he celebrates the jazz tradition with spirited inspiration.

Stoute honed his skills earlier on playing at such noted clubs as Brooklyn’s Baby Grand, Moulin Rouge and the La Marchal (where the lively Blue Note, two-album record set “Night of the Cookers” was recorded).

During the 1960s, he was a member of the Illinois Jacquet Quartet and later joined Jacquet’s big band in 1998 until his death in 2004. More recently, he has filled chairs with James Spaulding, Charles Davis, Clark Terry, Patience Higgins and Vanessa Rubin.

The Central Brooklyn Jazz Consortium presented him with the Jazz Impact Award, an honor given to a local jazz musician who has improved and contributed to the community. The pianist, composer, arranger and historian Randy Weston noted Stoute is one of the most important artists coming from Brooklyn.

At 75 years of age, the multi-instrumentalist Howard Johnson is one of the most renowned jazz tuba players in the world, along with Bob Stewart, Joseph Daley and Earl McIntyre.

Over the years, his music has been as colorful as the spontaneity of a rainbow after a brisk rain. His free-flowing style has been an asset to such bandleaders as Charles Mingus, Rahsaan Roland Kirk, Hank Crawford and Archie Shepp, and his in intermittent 20-year association with Gil Evans that began in 1966.

During the 1970s, he conducted the “Saturday Night Live” band. He has also appeared in episodes of the TV series “Matlock” and “Hill Street Blues.” Johnson accompanied James Taylor in a performance of “Jelly Man Kelly” on Sesame Street in 1983, and played the tin whistle when Taylor sang to Oscar the Grouch.

Johnson has collaborated with the avant-garde Polish trumpeter and composer Tomasz Stanko, Substructure, Tuba Libre and GRAVITY, perhaps his most famous band.

Although Calhoun’s legacy will remain the rock band’s progressive drummer, he continues to explore new valleys as he concludes his three-day engagement at Manhattan’s Blue Note jazz club Jan. 26.

The three-day stint that began with the saxophonist and composer Ravi Coltrane, followed by the trumpeter Randy Brecker and ending with the guitarist Russell Malone, whose crisp captivating sound will add yet another dimension to Calhoun’s collaborative book.

The engagement’s formal title is “Will Calhoun Celebrating Elvin Jones,” one of his drumming mentors. The title also represents his latest CD (Motema Music).

The CD’s special guest performer, the great Senegalese master drummer Doudou N’Diaye Rose, represents Calhoun’s commitment to this music’s African roots. “Meeting and briefly studying with Doudou has positively changed my life forever, both as a human being and as an artist,” stated Calhoun.

Although in the jazz spectrum, Calhoun refuses to be categorized. His stylistic influences vary from rock influences to integrating drum and bass grooves, percussion roots of Africa and sampling into his playing.

Black theater in Harlem has been a cultural release, as well as an outcry for equality, since Anita Bush organized the Lafayette Players in 1916.

The Shades of Truth Theatre and Voza Rivers/New Heritage Theatre Group present the inspired recollections of a man preserved by time to rewrite history without paper, pen or apology.

“I tell you ‘bout life the way I lived it!” the character Trubone declares. “I was a runaway slave. I met John Brown, and Harriet Tubman was a friend of mine. I fought in the Civil War and I was lynched twice. I told Dr. King about a dream and gave Huey P. Newton a gun!”

Michael Green, conceived the play and is the director. He also plays Trubone and an ensemble of seven dynamic actors support him. The production was written by Michael Green, Vanessa Shaw, Vanessa L. Smith and Kisha Spence.