Both Mets and Yankees get set for the All-Star break 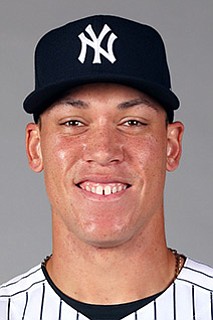 The middle of the Major League Baseball season is upon us. The All-Star game is next week, Tuesday night, at Marlins Park in Miami, home of the National League Miami Marlins.

“It’s pretty incredible,” said Judge, who credits his teammates for his achievement and his early success as a rookie. “I feel like it’s a team award. If I look back, I wouldn’t be in this position if it wasn’t for my teammates that put me in a good position. I’m always coming up with runners on base. I’m always coming up in big situations to do a job,” Judge noted upon learning that he’s in the starting line-up for the American League.

This appearence will be the fourth All-Star appearance for both Castro and Betances. Yankees short stop Didi Gregorius might also join his Yankee teammates down in Florida if he receives enough fan votes by the end of the day (today, Thursday). Judge and Sanchez will also compete in the Home Run Derby scheduled for Monday night. Terry Francona, the manager for the Cleveland Indians, will manage the American League team and Joe Maddon, the manager for the Chicago Cubs, will manage the National League. Both teams competed in last season’s World Series won by the Cubs.

Both the Yankees and Mets have hopes for the post season. The Yankees have the greatest opportunity at the half season mark although they’ve lost 15 of their 28 games last month, June, giving up their first place American League East division lead to their AL nemesis, the Boston Red Sox.

The New York Mets, the Yanks’ crosstown rivals, plagued by a succession of injuries this season, land in the middle of the 15 National League teams, third in their division, the NL East, ninth overall, about nine games behind the division leader, the first place Washington Nationals.

“We can’t use injuries as an excuse,” said the Mets’ manager Terry Collins, an optimist, confident in his team’s ability to compete despite their current place in the standings and three losses starting off this week. The Mets close out the first half of the season against the St. Louis Cardinals, three games beginning today, Thursday through Sunday, and resume play next Friday against the Colorado Rockies. All are road games.