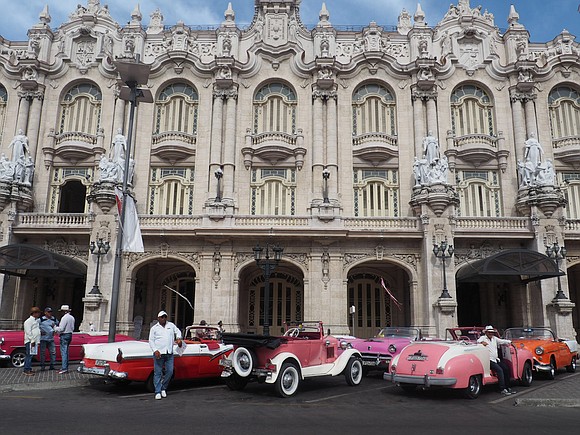 Nearly two years ago, President Obama eased relations and lifted sanctions over Cuba, allowing Americans to travel to the Caribbean island, only 90 miles south of us, for the first time in more than 60 years. Immediately after the decision, airlines added flights to Havana from most major hubs, thinking people would be flocking to the once forbidden land. Although there was definitely an influx of travel, airlines quickly realized that it wasn’t the continuous numbers they had expected. Turns out, to actually travel to Cuba you have to fall into one of 12 categories: family visits, official business of the U.S government, journalistic activity, professional research and professional meetings, educational activities, religious activities, public performances/clinics/workshops/athletic and other competitions, support for the Cuban people, humanitarian projects, activities of private foundations or research or educational institutes, exportation/importation/or transmission of information or informational materials and certain authorized export transactions. Although these categories give Americans a new sense of access to the island, it has also stopped many travelers who fear they do not fall into one of the categories from visiting. But the truth is, anyone can fall into the category of “support for the Cuban people” as long as you plan your itinerary correctly.

One way to ensure your trip will fall into the “support of Cuban people” category is by staying in a casa paladares. Casa paladares are Cuba’s most popular lodging option. They are very similar to Airbnb in that you rent a room or a house that belongs to an average Cuban—giving you a firsthand experience. The only difference is that the homeowner is usually still home during your stay. Although that may sound a bit odd, it can actually be quite beneficial. Homeowners serve as pseudo tour guides, offering a local take on where to eat and what to do. Often, homeowners even provide breakfast for their guests. Casa paladares tend to be very inexpensive. You can find rooms as cheap as $20 per night. Because the government controls the income of its citizens, casa paladares give those citizens an opportunity to bring in more revenue.

If staying in someone’s home isn’t really your idea of lodging, choose the ultrahip, luxurious Gran Hotel Manzana Kempinski La Habana. Located in the heart of the city, steps from Old Havana (more specifically, the famous bar El Floridita) and the National Capitol Building, Hotel Manzana ensures that you are never far from the action. Set in the nation’s first mall, the hotel has been renovated into a supersleek, modern establishment with a trendy color palette and lavish furniture. Almost every window in the hotel offers striking views of the intricate architecture surrounding the building. The rooms are very spacious, they offer USB outlets and each are equipped with plug converters. One of the hotel’s biggest attractions is its rooftop pool and bar—which I highly recommend you check out even if you aren’t staying at the property. The views of the capitol and Old Havana are breathtaking from up there, and the bartenders offer some really great Cuban cocktails. A standard room starts at $440 for an inside view and $470 for an outside view. Family suites begin at $690 per night.

There are so many great places to eat in Cuba. The people there really take pride in their food and it shows through each of their meals. There are two types of restaurants in Cuba: government-owned restaurants and paladares (or family owned restaurants). My absolute favorite meal while in Cuba came from La Guarida, a paladares. The restaurant is located in a massive multifamily building with gorgeous floor-to-ceiling windows and a few staircases that would make any architecture-lover swoon. The food is so delicious and gives you the feeling of eating old family recipes. We ate here for lunch on our first day and it was the perfect place to begin our trip. It’s no wonder celebrities such as Beyoncé and Jay-Z made it a point to stop here during their vacation. La Guarida is a must during your visit. Just make sure you make reservations way in advance.

Two other “restaurant musts” are Los Naranjos and El Cocinero. Both offer authentic Cuban experiences (although El Cocinero offers Cuban fusion cuisine), outdoor seating options and a super-friendly staff. Make sure to walk up the tiny, steep staircase to the rooftop after eating at El Cocinero for a great view, great music

and simply a great time.

If you are planning to visit Cuba under the “support for the Cuban people” category, what you plan to do while there is very important. Luckily, several tour companies have already taken these requirements into account and offer tours that will satisfy them. We took a full day tour, The Havana Experience Tour, with Havana Tour Company ($119 per person). From 9 a.m. until approximately 5 p.m. We crisscrossed Havana with a local, English-speaking tour guide. We started at the National Theatre, exploring the ornate building that is home to the ballet and the opera. Then, we walked through picturesque Old Havana, stopping at points of interest and interacting with locals until we arrived to the oldest boxing gym in the country, Rafael Trejo. Boxing is a huge part of the nation’s culture. While there we got to witness a few boxers (including one woman) train for an upcoming fight. We ate lunch at a paladares, took bicitaxis through the city’s Chinatown, met with locals in quirky and artistic Hammel Alley, before taking an old-fashion convertible up to the Christ of Havana statue and El Morro, the fort that guarded the entrance to Havana. We ended the tour atop a rooftop, learning how to make the country’s

I also recommend taking a day trip out of Havana to not only satisfy the requirements of “supporting the Cuban people,” but also to experience another part of the culture. We took a day trip about three hours out of Havana to Viñales. There we took a tour of tobacco farm Finca Rancho Alegre and learned and watched how Cuban cigars are made.