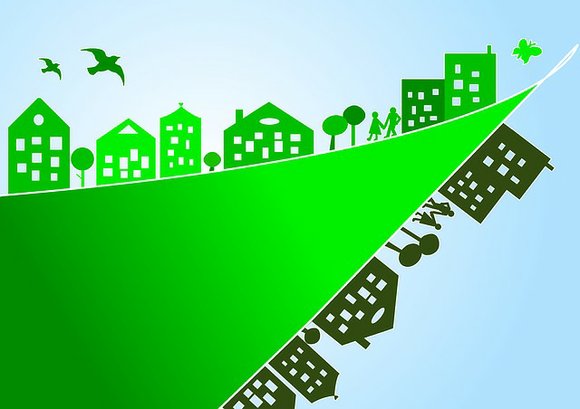 “Climate change is not an environmental issue. It is fundamentally an issue of both racial and economic justice,” stated NY State Assembly Member Latrice Walker (D-55), chairperson of the Assembly Subcommittee on Renewable Energy. Walker’s East NY/Brownsville district has a high rate of chronic asthma and bronchitis.

Environmentally minded state legislators pushed for the passage of the NYS Climate & Community Protection Act of 2017, which passed the NYS Senate in early June and is now awaiting the governor’s signature.

The bill sets into law the elimination of climate pollution from all economic sectors in New York while making sure at least 40 percent of state energy funding is directed to disadvantaged communities.

Eddie Bautista of the NYC Environmental Justice Alliance explained that state “environmental injustice” activists are looking to local and state actors to highlight the disproportionate vulnerability of communities of color in dealing with Washington’s cutbacks to the EPA as proposed in President Donald Trump’s 2018 budget.

“People don’t realize that the president’s budget cuts won’t really take effect until 2019-2020,” Bautista said. However, he argues that activists are now realizing that they have the ability to influence local politicians. “We first began to realize the power of local governments over climate/environmental issues at COP21 [in Paris],” he stated.

Bautista said that across the nation the environmental injustice activists are involved in the “Just Transition” movement, a framework for climate justice and for preparing the frontline communities most vulnerable to climate change to use local resources to combat the problem.

“Just Transition is about being oppositional and transformative—in our communities, families, neighborhoods…We’re looking at the current political moment and trying to figure out a way we can move toward non-extraction but toward sustainability and doing things that are in alignment with the planet,” said Brandon King of Cooperation Jackson, based in Jackson, Miss.

Sara B. Mersha, director of Grantmaking and Advocacy at the Boston-based Grassroots International, explained that her group has been organizing in Black communities to create positive solutions such as reclaiming land. “Sometimes it is taking back vacant lots, showing how communities growing food locally helps toward self-sufficiency and also a way to heal the planet,” Mersha said.

Quinton Sankofa, staff collective member at Movement Generation, said, “A resource connecting Black communities is the Black Land and Liberation Initiative. This initiative brings together organizers, activists, artists, farmers and healers across the country as part of a national cohort.”

Sankofa continued, “Divest from industrial use of fossil fuels and reinvest in community-based sustainable energy

solutions to make sure communities most impacted (Black communities) are helping to lead that shift.”

Will Copeland, from the East Michigan Environmental Action Council, stated, “We are part of the Just Transition movement fighting for water affordability because people in Detroit have faced thousands of water shut-offs; fighting against continued use of incinerators to burn trash—making Detroit an epicenter for asthma in Michigan. According to a study by the Asthma and Allergy Foundation, Detroit is No. 4 out of 100 cities studied. A lot of the environmental stuff relates to our health issues.”

Copeland emphasized, “We are a movement-building organization.”

What the Hip-Hop Caucus has been doing since 2004 is bringing the message of climate change and environmental justice to young folks, noted Mustafa Ali, senior vice president of the Washington, DC-based organization. The Rev. Lennox Yearwood Jr., president and CEO, founded the organization with backing from Russell Simmons, Jay-Z and Sean Combs.

“We are very focused on utilizing our culture, and how culture can influence politics. Our Respect My Vote campaign, using artists who are connected to the environmental movement through their music, launching at the end of July a revitalizing vulnerable communities program,” Copeland said.

Some observers say that Trump’s moves to reverse federal plans to fight against global warming will contribute to poor health, even premature deaths.