Kristan Justice: Because I Am a Queen female empowerment program 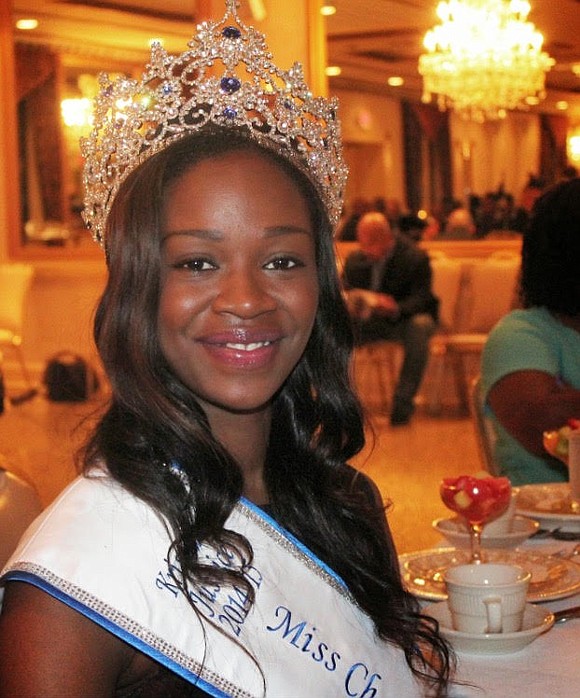 Kristan Justice is the co-founder of Because I Am a Queen and director of the Rose organization.

Both of the female empowerment programs, Because I Am a Queen and the Rose organization, have a mission to encourage young girls in the community to  have sisterhood and self-improvement. Justice is also a  teacher at the Democracy Bronx Prep High school, and a mentor to young African-American and Latino girls in her community. She has been teaching at the Bronx Prep for approximately three years and  has previously worked in afterschool programs and summer camps.

“What I enjoy the most about teaching is that I have the opportunity to teach my students something that may not be in the curriculum,” she said. “There are times where I teach my students important life lessons that  they may  not hear from any of their teachers. I also want my students to be able to relate  and make a real connection to what they are reading. There are a lot of people who fail to see anything beside their neighborhoods, and it’s a great see my scholars excited about what they are reading!”

Justice continued, “There are a few challenges when you are mentoring teens. I would have to say creating  a connection between the mentor and the scholar. I thought because I was an African-American woman I would be able to connect with young Black girls, but that’s not the case. There are always a couple of my students are aren’t as willing to open up as others. But I enjoy mentoring and teaching  because I know I am making a difference in my scholar’s life.”

Justice was raised in a single-parent home in Baltimore, Md. as the oldest of three siblings. For most of her academic life, she  attended predominantly white schools. But she participated in many school programs that targeted African-American youths. “You can tell the difference  between the students who were a part of these programs and who were not,” she said.  “At my school, there were only a handful of Black students, and the program helps us to prosper, to be as successful as our white classmates.”

Her parents are also known in their communities for running youth programs. In fact, Darlene Mungin-Walker who is the founder of the Rose organization here in New York is Kristan Justice’s mother.  With the help of the numerous youth programs her parents founded she was able to have her first public speaking gig at the age of 13. She spoke in front of thousands of people, including the Baltimore mayor and other politicians. “I was so thankful for that experience and I knew I want to continue to do public speaker as I become older,” said Justice. “Still to this day, people would tell me what I said years ago!”

Justice recently earned her master’s degree in education and soon plans to earn a Ph.D. in psychology and law. She earned her bachelor’s degree at the Cheyney University of Pennsylvania and graduated the top of her class. Cheyney University is the first historically Black college. During her time there, she started working for nonprofit organizations as a career development and drug and alcohol counselor. She served as the student member of the Cheyney University Council of Trustees. She also founded organizations on campus such as Words from the Wombs and Speaking from a Fatherless Daughter. “I thought it was important to have programs like these because it gave us women a moment to share our feelings we may had never had a chance to release.”

“Even though I won the Miss Cheyney of 2014-2015 title, I lost the year before and I realized you have to serve before you lead,” said Justice. “It’s very important to help out your community any way that you can. There might be someone who is  less fortunate for then you. I also learned a lot about myself and my self-confidence improved. I encourage everyone to do similar competitions because it is a truly a great experience.”

Justice hopes that she can continue to empower New York City youth. “I want to share my story to people who may have be going through a similar situation,” she said.

For more information to contact for Kristan Justice email Darlenewalker817@yahoo.com.