Liberty head west badly in need of a win 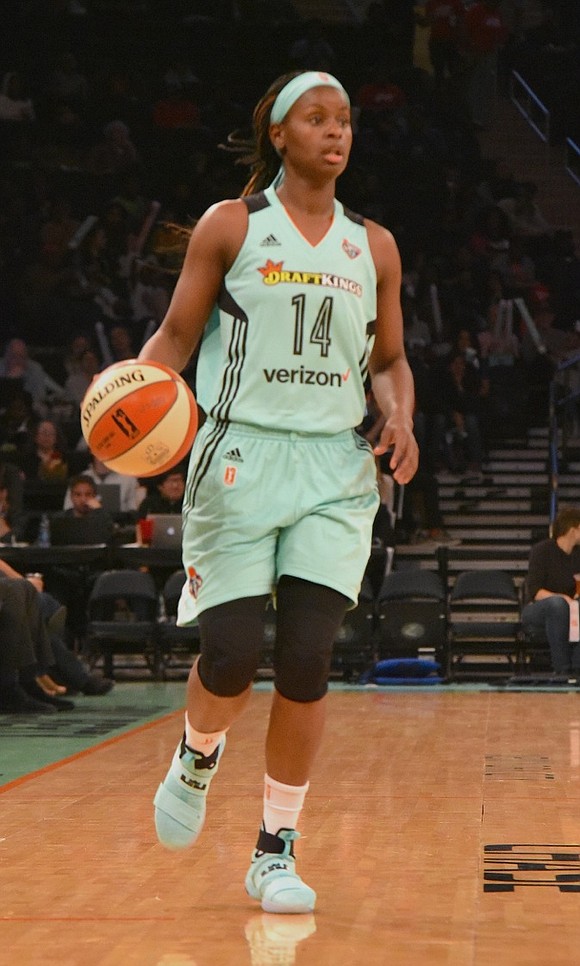 The New York Liberty are currently on a West Coast road trip and focused on breaking a three-game losing streak. June 29, the Liberty were defeated by the Washington Mystics 67-54, and then July 2 lost 81-72 to the Atlanta Dream.

The Liberty continue to put out solid defensive efforts, but falter offensively. After the Washington game, coach Bill Laimbeer noted there were sloppy passes, a few calls for traveling and an overall struggle to score. “I’ve got to do a better job of getting players more movement and getting players in positions where they can take advantage of their skills,” he said.

Guard Sugar Rodgers missed the Washington game because of a back injury suffered in the June 23 game. She was back in the rotation in Atlanta, contributing 11 points. Tina Charles and Kia Vaughn were also in double figures, but there was too much of a deficit to overcome in the second half.

“We dug a hole for ourselves with turning the ball over and letting them get to the free throw line,” said Vaughn. “Overall, our effort was much better in the third quarter heading into the fourth quarter. We didn’t pull it out this time.”

“The effort that we put into the second half, we have to start playing that way [all game],” said Charles. “We know each other’s strengths. Try to maximize that and get that out of one another and we’ll be fine.”

The team flew to Seattle after the Atlanta game and celebrated July 4 there before focusing on preparations for the Seattle Storm tonight. The road trip continues with the Phoenix Mercury Sunday. New York has already defeated Phoenix twice this season, so expect Diana Taurasi and Brittney Griner to come on strong on their home court.

“We just have to buckle down,” Vaughn said. “We have to have some urgency. We’re all professionals. We have a system and we need to run it well.”

Off the court, the Liberty were recognized for their community outreach efforts, winning the WNBA Cares Community Assist Award. Charles headlined an event in Atlanta the day before the Dream game in which her Hopey’s Heart Foundation partnered with SafeKids Worldwide and the Boys & Girls Clubs of Metro Atlanta to host a sports safety clinic for Atlanta youth.