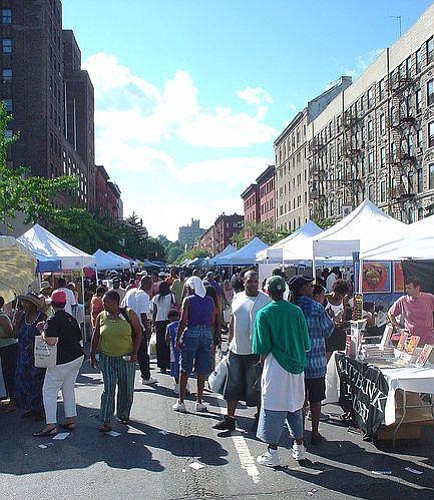 The Harlem Book Fair returns to New York City this Saturday, July 15, with an exciting line-up of books for the young and old. The Young Reader’s Pavilion is back, hosted by Just Us Books’ Wade and Cheryl Hudson, the premier African-American children’s books publishers. The Hudsons will have a line-up of 15 children’s books authors, including award-winning author of “Rice & Rocks,” Sandra L. Richards; 8-year-old wunderkind Morgan E. Taylor, author of “Daddy’s Little Princess”; and her father, G. Todd Taylor, author of “Who Will I Be,” published by Diane Taylor of Taylor Made Publishing. Also, making her Harlem Book Fair debut is Katrina Walker, author of “Unbreakable: The Katrina Walker Story.”

Deadline Hollywood is reporting that with a retrial approaching this fall for Bill Cosby’s alleged 2004 rape case, the fallen TV icon may be making more changes in his legal team. Although Brian McMonagle is still actively on the defense team with litigator Angela Agrusa, sources say the aggressive Philadelphia-based attorney could be exiting in the coming weeks. A source said, “A new trial is a chance to reset and find the right places to get the judgement the defense desires.”

The National Association of Black Journalists announced that Rochelle Riley, columnist for the Detroit Free Press, will receive the prestigious Ida B. Wells Award. Riley will be presented with the award at the Hall of Fame luncheon Friday, Aug. 11, 2017, which takes place at the NABJ Convention and Career Fair held in New Orleans Aug. 9 to Aug. 13. The annual honor is given to an individual who has made outstanding efforts to make newsrooms and news coverage more accurately reflect the diversity of the communities they serve.