Mayweather and McGregor prepare to get it on 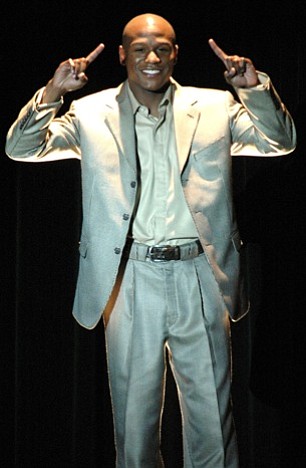 The tour, beginning in Los Angeles, then onto Toronto yesterday (Wednesday), the Barclays Center tonight (Thursday) in Brooklyn and in London, England tomorrow (Friday), features trash talk, taunts, snaps, the dozens all filled with expletives, but without any real physical attempts of aggressiveness, hostility or a true dislike for the other, yet. It’s an opportunity to promote and sell tickets for the highly anticipated spectacle starring an at the end of his career boxer, Money Mayweather, a defensive fighter who turned 40 in February, coming out of retirement, and an MMA (mixed martial arts) fighter, McGregor, 28, completely out of his element, having to abide by boxing rules during this bout. No kicks or kicking. No kneeing and elbows, legal in the UFC, can be used in this bout.

Tickets for these four press events were provided free to the public, but pay-per-view television prices for the August fight have just been listed at $99.95. Ticket prices for the match, live at the T-Mobile Arena in Vegas, range from $347 for a Pre-fight Hospitality Row to a $104,475 big baller ticket in the double A section at ring side.

Mayweather has a record of 49 wins, 26 by knockout, no losses. He last boxed in September 2015, defeating Andre Berto in a unanimous decision retaining his title. McGregor, the UFC’s best known fighter, last fought in November, an MMA Lightweight Championship bout that he won by TKO at Madison Square Garden, here in the city.

“I’m gonna knock him out in four rounds. Mark my words,” said McGregor about Mayweather.

“Fans all around the world demanded this fight,” said Mayweather, expecting to earn more than $100 million for the August fight.

Admitting that he’s not as fast as he used to be, and that training to get in shape for fights has become grueling for him, Mayweather further stated that this will be his last fight.