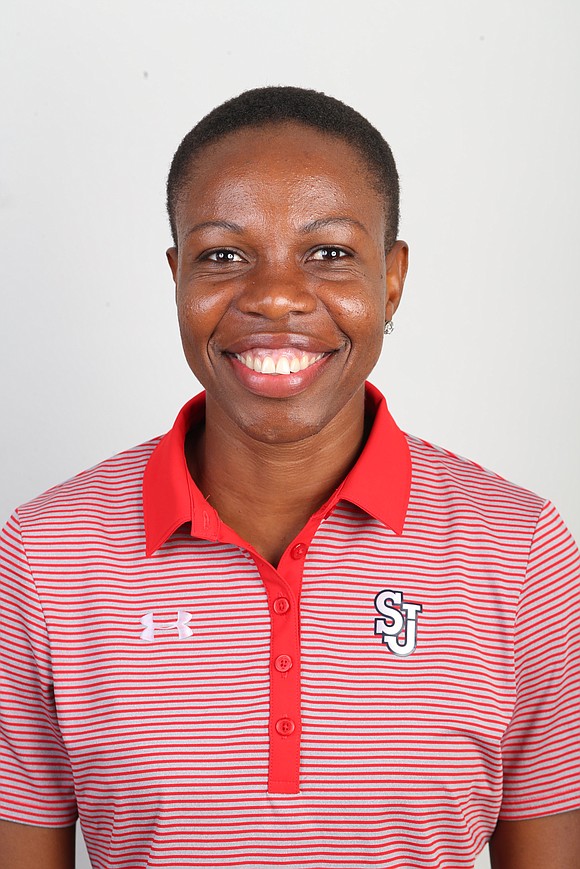 In her job as the sprints and hurdles coach at St. John’s University, Aliann Pompey shares her knowledge of track honed over the course of a long and successful career that included four trips to the Olympics. Always one to give back, since retiring from competition after mthe 2012 Olympic Games, Pompey has also stepped up her efforts to enhance track programs in her native Guyana.

This Saturday marks the second Aliann Pompey Invitational, an international track meet held in Georgetown, Guyana. The quality of the field is strong, with athletes from 19 countries. Expected athletes include U.S. triple jumper Donald Scott, sprinter Kim Collins from St. Kitts and Nevis, young Guyanese sprinter Brenessa Thompson and sprinter Ashley Kelly from the British Virgin Islands. Eleven athletes at last summer’s meet went on to compete at the Olympics in Rio.

“I’m really excited about it,” said Pompey, who knew the event would be well received but is pleasantly surprised by how popular it has become in only its second outing. “You have a whole bunch of athletes that are preparing for the world championships [to be held in August] and they want a tune-up meet. You also have those athletes that are on the verge of making the qualifying standards. They want a couple more opportunities.”

Having a high level meet in Guyana was a dream of Pompey’s. When she was competing, there were virtually no opportunities for her to participate in high level competitions in Guyana. There wasn’t even a synthetic track.

“I’ve competed in other countries where you can feel the country behind [the athletes]; the majority of the people in the stands are there to see them do well. I always wanted that. I wanted to give the Guyanese athletes that platform,” said Pompey. “Also, I wanted to bring in world class athletes.”

Pompey, who graduated from Manhattan College, moved to the U.S. at age 14, so she had exposure among college coaches. With this meet she wants to inspire young athletes in Guyana and also encourage them to dream and plan big, which for some may mean an athletic scholarship

“Getting coaches on board to look at the athletes coming out of Guyana, we can start and continue those conversations,” Pompey said. “That involves [the athletes] knowing what it takes and what those options are.

“I want to focus on the up-and-coming athletes,” she concluded, “and make sure they get all the spotlight they deserve.”