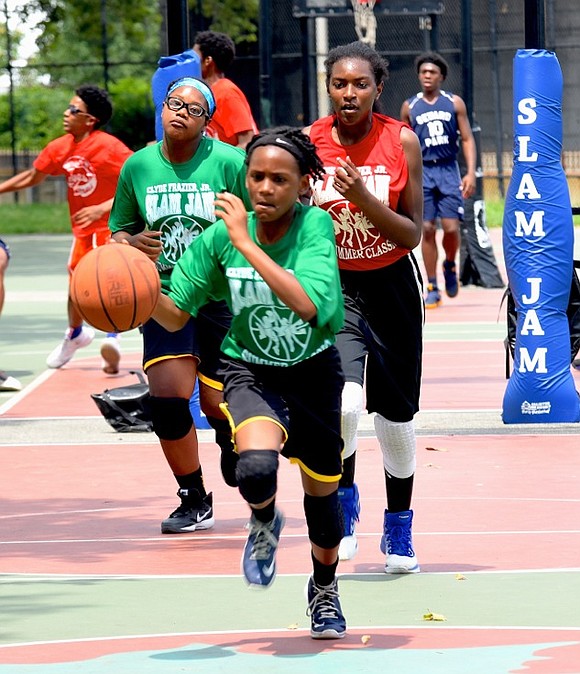 In their eighth summer season, one of the city’s most competitive summer programs, games are played on Saturdays and Sundays at Colonel Young Playground on West 143rd Street between Lenox Avenue and Harlem River Drive in Harlem. The season runs until the league’s championship day games Sunday, Aug. 20.

“I’m happy that we’re back again this year,” said Rochelle Murphy, the league’s director. “Our opening day was very encouraging with the play of all of the teams, the coaches, the parents, and the weather was beautiful.” Weather is a major concern for summer leagues and tournaments like Slam Jam because their games are held outside.

Players on each team must be born in 2003 or years later. Ten teams from around the New York metro area are participating in their two divisions; in division one are the Lady Choz, Harlem USA (Hammer), the Brooklyn Stars, Hoopers New York and the New Jersey Sparks. Harlem USA (Avila), the Brooklyn Saints, the Riverbank Gazelles, NYC Vipers and the Silver Bullets make up division two. Clyde Frazier Sr. is the league commissioner and Slam Jam’s ambassador of goodwill.