For the Yankees and Mets, play time is over 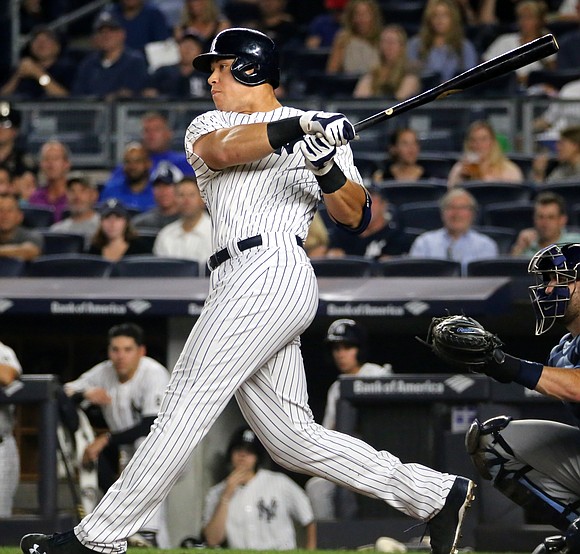 Former New York Yankee Robinson Cano, now playing second base for the Seattle Mariners, led off the 10th inning with a home run off three-time All-Star Wade Davis, a Chicago Cubs relief pitcher, to break the game’s one-all tie and not only win the game for the AL but also win the Ted Williams MVP Award and a brand-new Chevrolet Corvette for himself.

Detroit Tigers right fielder Justin Upton made a spectacular running catch from his left further onto right field to keep the final National League runners from getting on base, potentially scoring.

The game stayed tied from the sixth to the 10th inning after St. Louis Cardinals catcher Yadier Molina’s home run blast for the National League.

New York Yankee players Aaron Judge, who won the Home Run Derby Monday night, and catcher Gary Sanchez went hitless. Pitcher Dellin Betances pitched out of a jam in the third inning that could have cost the AL more than the one run that they’d given up. Michael Conforto, the New York Mets outfielder, pulled out a base hit.

Both the Yankees and the Mets will need stronger bats from their hitters, as well as better starting and relief pitching from Betances, if they expect to participate in the post season.

The Yanks start the second half of the season in second place, 45-41, behind the Boston Red Sox in the AL East division, but would be the wild card team if the season was at the end. They’ll need to get back to their winning ways of April and May. The Mets, 39-47, eight games under .500, in fourth place in the National League East, can catch up, but there’s not much room for error or an abundance of losses.

The Yanks start their second half in Boston against the Red Sox, from Friday until Sunday, then on to Minnesota against the Twins. The Mets are at home against the Colorado Rockies from Friday through Sunday before hosting the St. Louis Cardinals.