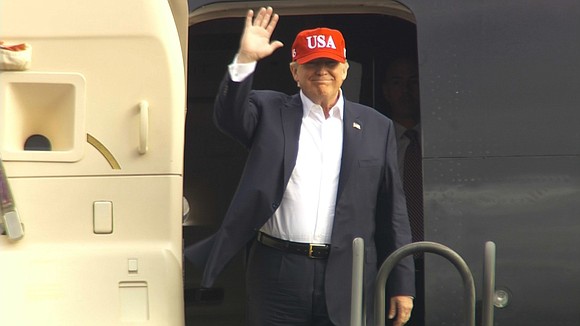 President Donald Trump’s nominees for the National Labor Relations Board have met the ire of the AFL-CIO.

Trump has nominated Marvin Kaplan and William Emanuel, both lawyers, for the NLRB. If approved, the agency would have a 3-2 Republican majority for the first time since George W. Bush’s presidency. Emanuel is a shareholder with Littler Mendelson, a management-side law firm that specializes in labor issues. Kaplan is the chief counsel for the Occupational Safety and Health Review Commission.

In a statement, AFL-CIO President Richard Trumka voiced his displeasure for Trump’s nominees.

“President Trump has chosen two nominees for the National Labor Relations Board whose track records raise serious concerns about their commitment to the rights and protections guaranteed by our labor laws and enforced by the NLRB,” read Trumka’s statement. “Marvin Kaplan has never practiced labor law, and his experience comes from crafting legislation for politicians to rig the rules against working people. William Emanuel has a long record of practicing labor law on behalf of employers, most recently at one of the most infamous union-busting law firms in the country. On their face, the résumés of both nominees appear to be in direct conflict with the mission of the NLRB.”

During a hearing, Kaplan told U.S. Senator Patty Murray that he would consider recusing himself from any investigations into Trump’s business. Several Trump-owned entities have recently faced accusations of workplace violations and have stood before the NLRB over them.

But that’s not enough, according to Trumka.

“The decisions and actions of the NLRB have real consequences for working people,” stated Trumka. “A fair and functioning NLRB can protect the freedom of working people to negotiate a fair return on our work so we can provide for our families. A partisan, ideologically driven NLRB can further empower corporations and CEOs to take away our freedoms at work. For these reasons, it is critical that senators closely scrutinize both nominees and ask the tough questions that will root out possible conflicts of interest and show whether they have the experience, temperament and fairness required of nominees to these important jobs. The stakes for working families are too high for them not to.”

But one man is welcoming Trump’s appointees.

“The Obama NLRB has been a disaster for the rights of the vast majority of American employees who do not want to associate with a labor union, and the president’s new nomination is a first step toward restoring some balance to the board,” said Mix in a statement. “President Trump should nominate an additional nominee as soon as possible, and the Senate to quickly confirm both nominees so they can begin to roll-back the immense damage done to American workers’ freedoms over the past eight years.”