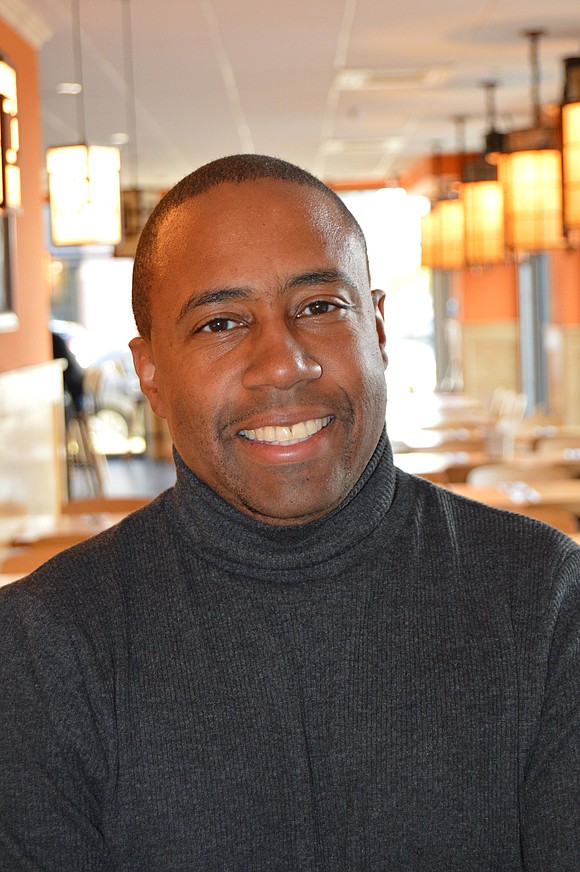 In an effort to bring some food flare to the East New York area, Andrew Walcott has found a way to fuse the best of both worlds with his Caribbean soul food inspired restaurant, Fusion East.

Since its opening in 2015 at 1179 Elton St., Fusion East has seen great support from members of the community and other neighborhoods, such as Bed-Stuy, Canarsie, Cambria Heights and Jamaica, Queens. Councilwoman Inez Barron and Assemblyman Charles Barron as well as community board members have also praised the establishment.

Walcott, an Air Force veteran, licensed lawyer and CPA and overall business man with degrees from Brooklyn College, Pace University and Fordham Law, saw an opportunity to change the flavor of his childhood hometown. He always wanted to open his own business, and seeing the success of Gateway Mall and the need for refreshing cuisine in the neighborhood encouraged this venture.

“Every restaurant at that [Gateway] mall is doing tremendously well, but they’re serving food that really is not unique to the neighborhood,” said Walcott. “Most people that live around here are Black Caribbean or Black American, so there’s nothing on their menu that speaks to that demographic.”

As a member of the community himself, Walcott was tired of long drives and wait times to find food that appealed to him. He’d often have to go to Downtown Brooklyn or Harlem for a chance at a good meal.

“It’s an inconvenience to have to travel outside of the community—it seemed ridiculous to me that there was nothing nice to keep people in the neighborhood and maybe draw people outside the neighborhood to the area,” said Walcott.

With an extensive resume in law and finance, and owning both a law and an accounting firm, the food industry was a whole new venture for Walcott.

“I thought it would be a good investment, but also fulfill a need that was definitely needed in the neighborhood for a nice upscale fine dining Caribbean and soul food restaurant that fits the demographics of the community,” he explained.

Fusion East offers customers a unique blend of Caribbean and Southern comfort food. Walcott wanted to provide hearty, soulful dishes that reflected the community and that were also reminiscent of the dishes a mother or grandmother would make.

One their most popular dishes is their jerk salmon with mashed potatoes and collard greens that adequately blends the flavorful richness of both cultures.

“We try to find ways where we can fuse the two cultures into one, that’s why it’s called Fusion. So, it doesn’t really matter if you’re from Aruba or Alabama, you’re going to find something on the menu that you like,” said Walcott.

One special ingredient Fusion East adds to fulfill your dining experience that may not be found at many restaurants is their live entertainment. They’ve hosted a series of special events for their guests to enjoy.

“We try to offer a distinctive menu and also entertainment as well. We have karaoke on Mondays, we’ve had poetry and comedy events. We want to sip and chat, sip and paint, maybe speed dating, things along that nature. We’re trying to do things from an entertainment perspective that you would not find in the more traditional, national franchises,” he said.

With its vibrant flavors in food and chic décor, Fusion East has catapulted into the new neighborhood hot spot for ENY residents and visitors. Over the past few years the neighborhood has seen some extensive changes with new developments in homes, apartments, local businesses and a mall expansion as well. Fusion East comes at a time when the neighborhood is thriving into a new era.

“East N.Y. is really going through a Renaissance right now, there’s new construction all over the place, there’s a good foundation here,” he said. “Our goal is to try to change the image of ENY.”

Walcott stated that one of the major challenges he faced while trying to start this business was getting support from banks. He had to use much of his own money to get his business off the ground.

“Trying to open up an upscale restaurant in ENY—there’s a lot of people who still see it as a ghetto community, which I don’t think so,” said Walcott. “Getting financed is very difficult because most banks are very conservative by nature and most restaurants don’t succeed, so trying to build an upscale restaurant right next to one of the most successful malls in NYC where you have to compete against national chains, you’re not going to find many banks that are willing to do the financing.”

However, Walcott pressed on. With heavy networking and building a team that he says is smarter than he is when it comes to the food industry, he was able to persevere.

Because of continuous hard work and dedication, Fusion East was just awarded a New York State contract to provide cafeteria service to the staff of Kingsborough Psychiatric Center for the next five years. It is just the second opening of the restaurant ,which Walcott hopes to go national with some day.

Walcott’s advice for anyone thinking of starting a business is what he likes to refer to as the three C’s, cash, credit and collateral. He encourages others to make connections in and out of their industry and advises not to be afraid to hire people who are smarter than you.

“Follow your dreams and don’t give up,” said Walcott. “Just because an area is a certain way, it doesn’t have to stay that way. I remember when this area was mostly deserted land; now we have two drive-in malls and a local restaurant, so don’t just look at things for what they are, you have to have that vision to see what they can be and follow that vision.”

To find out more about Fusion East, their menu and special events, visit fusioneastny.com.