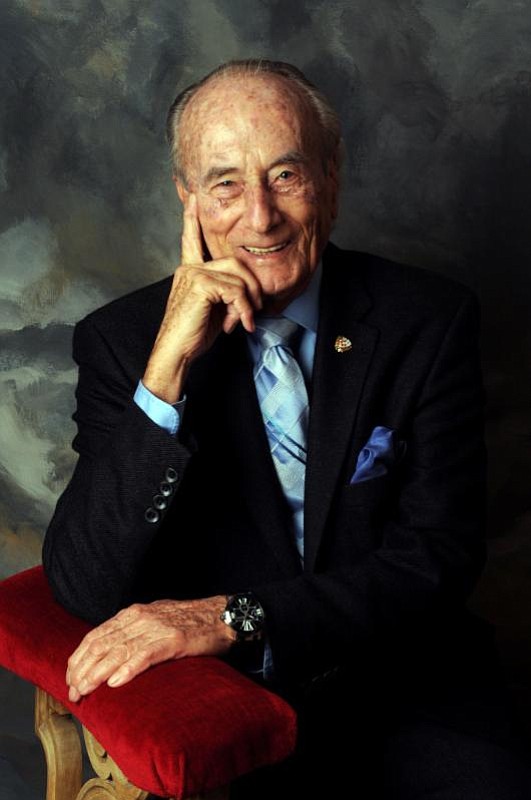 Simonitsch of Jamaica’s famed Half Moon resort in Montego Bay was conferred the high honor last Thursday, on his 90th birthday, for his tireless and innovative contributions to the region’s hospitality industry. Simonitsch is credited with pioneering the pairing of luxury resorts with ecological sustainability and community benefit approaches.

“Your countless contributions and achievements of your outstanding career have inspired CHTA’s leadership to create the CHTA Icon of Hospitality Award. We believe it entirely appropriate to bestow the inaugural award upon you,” CHTA’s Director General Frank Comito stated in a communique to Simonitsch.

“The depth and expanse of your work has forever shaped Caribbean hospitality. As a pioneer in luxury tourism, you set a new standard for others to emulate. Your commitment to the professional development of your employees and the health and welfare of your surrounding community has elevated local lives and the position of tourism in the region. CHTA and the Jamaica Hotel & Tourist Association are forever indebted to you for selflessly giving your time, talent and treasure to the greater good,” he continued.

Karolin Troubetzkoy, CHTA’s president, explained that the “Icon of Hospitality” title celebrates the careers and lives of extraordinary leaders whose work in Caribbean hospitality has stood the test of time and left its mark on CHTA and the region. “The association’s new ultimate recognition honors legendary professionals who have not only achieved phenomenal business success but have also mentored and molded those aiming for excellence in this industry,” she explained.

Simonitsch moved to Jamaica in 1963. He leapt to prominence when he expanded The Half Moon Club into a 400-acre resort where luxury became synonymous with environmental sustainability and community benefit innovations, which included local access to the resort’s medical facilities.

Before his iconic innovations in the region, Simonitsch enjoyed a distinguished career in the Caribbean tourism industry and other areas, earning many distinctions since he began in 1953 as dining room captain at the Elbow Beach Surf Club in Bermuda before he became the managing director of Half Moon Golf, Tennis and Beach Club in 1965 until his retirement in 2002. Today, he splits his time between Jamaica and his home country of Austria, where he owns the Grandhotel Lienz, which opened in April 2009.

The former CHTA Caribbean Hotelier of the Year received many accolades, including the Honorary Order of Distinction, Commander Class (CD) conferred by the Governor General of Jamaica for outstanding contribution to tourism in Jamaica and the Caribbean; the Golden Cross from the Austrian Government for his long service as Honorary Consul General in Jamaica; the International Humanitarian Award from the American Friends of Jamaica for his commitment to helping the Jamaican population; the title of professor awarded by the Austrian president for services and outstanding contribution to Austria; and the Blue Mountain Award conferred for exceptional contributions to the continued growth and development of Jamaica’s tourist industry.

His communication acumen and commitment to transparency was recognized by the Caribbean Media Exchange for Sustainable Tourism, which gave him its top award.