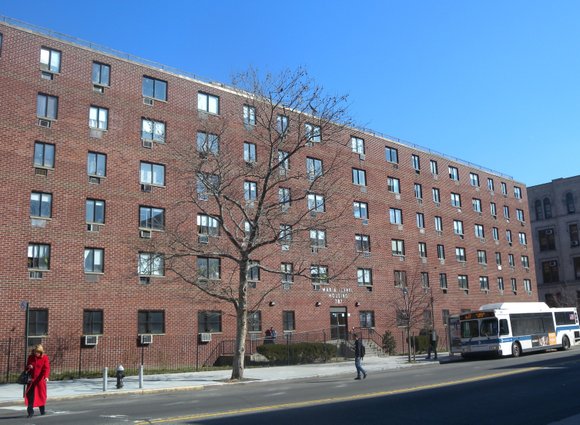 Prepare your down-payments, New York City, because Mayor Bill de Blasio has announced that his administration secured 24,293 affordable apartments and homes in Fiscal Year 2017, the highest overall production since 1989, according to the New York City website. The website stated that the 24,293 homes financed this past Fiscal Year, which ended June 30, more than 40 percent are for families earning less than $43,000 a year, including more than 4,014 homes for families of three earning less than $26,000 a year.

“Affordability is the key to protecting New York families, stabilizing our neighborhoods and the city as a whole,” Mayor Blasio said. “By making smart investments, we are stretching public funds and creating more and better homes for New Yorkers, from formerly homeless families to seniors, firefighters, police officers and teachers. We have more work to do, but this city is for New Yorkers—and we will keep it that way.”

This announcement has received support from Deputy Leader and Chair of the Committee on Housing and Buildings Jumaane D. Williams, who is the City Council Member representing the 45th Council District in Brooklyn. “I commend the administration on exceeding their goals for creating and preserving affordable housing in New York. This is welcomed news and I applaud the mayor for making this important issue a priority,” said Williams.

According to the City of New York website, Fiscal Year 2017 saw the financing of 7,705 new apartments and 16,588 preserved homes. This financing represents a direct investment of $1 billion by the City of New York, which leveraged more than $1.3 billion in bonds issued by the Housing Development Corporation during Fiscal Year 2017. This investments brings total direct City investment under the housing plan to $2.8 billion, and total bond financing to $5.5 billion.

Housing Preservation and Development Commissioner Maria Torres-Springer said that through the 77,651 units financed to date under Housing New York, the city is delivering affordable housing on a scale that hasn’t been seen since the Koch era.

“More importantly, we are reaching more of the city’s lowest-income families, making good on our commitment to reach far deeper levels of affordability,” said Torres-Springer. “While much of the emphasis is on numbers, at its heart, the housing plan is about people. Each affordable unit we finance is a home—for working families, seniors struggling on fixed incomes and New Yorkers facing rising rents across our neighborhoods. Their individual stories and very real needs are what motivates us at HPD to do more and better, and to fight for the resources we need to shape a more affordable, inclusive city for generations to come.”

Here are some projects that have been financed over the past year according to the New York City website:

Bronx—Bronx Commons, a mixed-used development in Melrose, combines 305 affordable apartments with retail space and a 300-seat music- and arts-centered community hub, the Bronx Music Hall. The homes will serve households with incomes as low as $20,040 for an individual and $25,770 for a family of three.

Brooklyn—Ingersoll Senior Residences is a 17-story, affordable senior housing project on NYCHA land at the Ingersoll Houses campus in Fort Greene. The 145 new homes will be for low-income seniors supported by Section 8 rental subsidy. Services and Advocacy for LGBT Elders will operate a senior center on the ground floor.

Manhattan—The affordability of 506 affordable homes in 39 East Harlem buildings, collectively known as Hope East of Fifth, will be preserved for individuals earning as little as $33,400 or $42,950 for a family of three. The buildings and apartments will see needed improvements. More than 100 units are set-aside for homeless households.

Queens—One Flushing will create 208 new affordable homes for individuals earning as little as $20,040 and $25,770 for a family of three. The project, on city-owned land, was formerly a parking lot. The project provides supportive services for 66 seniors and a rooftop farm.

Staten Island—35 homeowners with incomes as low as $42,950 received support through various HPD programs to provide down payment assistance or home repair loans to low-income and senior homeowners.

A New Yorker named Matthew Crencher, who recently moved into a new, two-bedroom affordable apartment with his wife and uncle, talked about his new home on the City of New York website. “Our new home is just what the doctor ordered,” said Crencher. “It’s clean, beautiful and offers me and my family the stability we need to live and work in the city we love.” For affordable housing information and applications, visit nyc.gov/housingconnect or call 311.