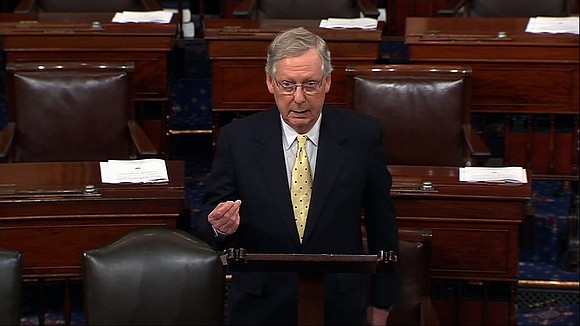 One would think that with the GOP in command in Congress and with President Trump presiding over the White House that the repeal or the replacement of Obamacare was all but history. But, alas, the main ingredient of Obama’s legacy, after seven years of GOP promises to remove it, remains intact, and yet there’s no cheer from ordinary Americans.

Perhaps many of them are as stunned as the Republicans and their leader Mitch McConnell, who after two attempts to revise the bill, could not round up the numbers.

The bill was practically dead on arrival, if in fact a vote was on agenda. Total collapse came when four major GOP senators announced they would not consent to the current revision of the bill.

“This has been a very, very challenging experience for all of us,” McConnell told the press. “It’s pretty obvious that we don’t have 50 members who can agree on a replacement.”

With all the Dems in the Senate opposed to the bill, McConnell couldn’t afford to lose four, but that’s exactly what happened after Susan Collins of Maine; Jerry Moran of Kansas; Mike Lee of Utah; and Rand Paul of Kentucky declared they couldn’t vote for the bill.

Moran’s opposition was particularly surprising and upsetting for the Republicans. Usually a secure GOP follower, Moran said he could not move forward with a debate on a bill that would repeal Obamacare without a replacement.

In their rejection of the bill, these Republicans were on the same page as their Democratic colleagues, including Assemblyman Michael Blake of the Bronx. “Once again, Senate Republicans have spoken up against their leadership to demonstrate and to show that their plan to strip health care from 22 million Americans is disastrous and inhumane.”

On the other hand, Trump was surprised that so many Republicans were bolting from the fold. “We thought they were in fairly good shape,” the president said, and that estimate is indicative of how far the president is from a collection of realities.