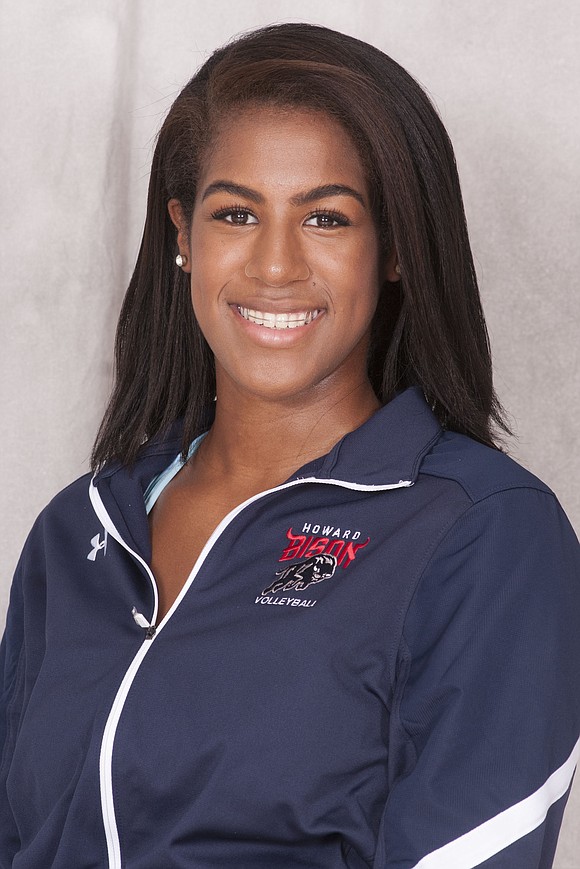 It has been an intense and exciting summer for Khaila Donaldson, who enters her senior year at Howard University this fall. An outside hitter on the Bison volleyball team, she has done her best to train while doing an internship at JPMorgan Chase & Co. in New York. A successful internship will result in a full-time offer for the company’s two-year rotational analyst program, and Donaldson has put her competitive energies to use in doing a standout job.

“What I’ve learned with volleyball is the stress passes,” she added. “Hopefully, if you do well enough under pressure, the end result will be something you will be proud of.”

Howard’s volleyball team has gone to the national tournament the past two years, and Donaldson’s goal is to repeat that and make it to the Sweet 16, building a foundation for the team’s future success. Training has not been easy with the demanding internship, but she’s done her best to squeeze in workouts.

Despite the pressures, Donaldson, who grew up in the Chicago area, has fallen in love with New York and looks forward to returning to the city after graduation. She will do so with the confidence she has developed attending Howard, a renowned HBCU in Washington, D.C.

“Howard has been the blessing that I didn’t know I needed,” said Donaldson, who is on an academic scholarship. “Howard, its culture and its opportunities offer me way more than any of the big state schools could have.”

She said the Howard hustle and pride have helped her develop her potential. The experience of attending an HBCU has opened her eyes to the power of these institutions and made her a lifelong supporter. Also, being a student-athlete has finely honed her time management skills.

“There’s no time to let up,” said Donaldson, who last year earned Mid-Eastern Athletic Conference Player of the Year honors. “Sports has taught me you can always get better. … The coach [Shaun Kupferberg, MEAC Coach of the Year] has taught me there’s getting to the top and staying at the top. Howard has taught me to stay at the top.”