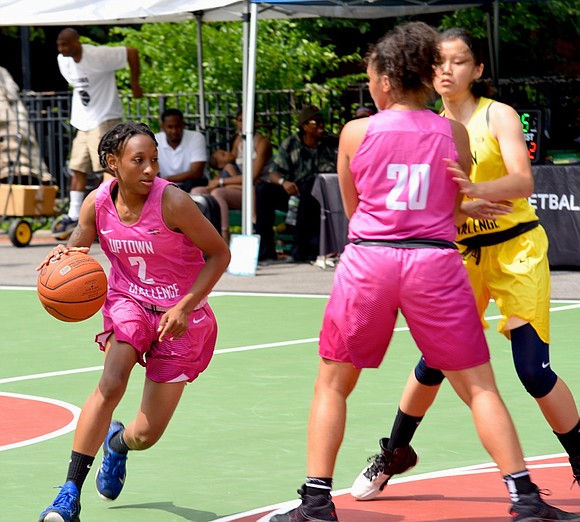 Team Nike, the Aaron B All-Stars, the Sky Riders, the Lourdene All-Stars, the Bingo All-Stars, Franchise, the New York Skillz and the Westchester Hawks compete in the college division.

Uptown Challenge games are played on weekends on the Courtney Calendar Park courts at 130th Street and Fifth Avenue. The season runs until the league’s championships Sunday, Aug. 20. It was started 16 years ago by Marion Moore and 86-year-old Jim Couch, famous for the early development of basketball great Kareem Abdul-Jabbar, among several other things basketball and community related. He was inducted into the New York City Basketball Hall of Fame last year, and according to Couch, who continues to train and mentor student athletes, he has 14 more years before he retires. He’s real quick to say, “I’m still kicking!”