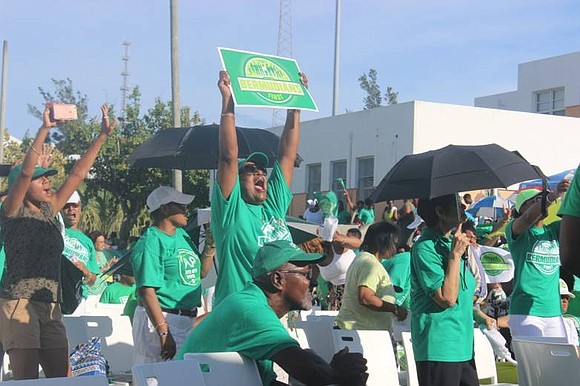 Sent to the opposition benches in 2012 after three consecutive terms in office plagued by infighting and allegations of arrogance, Bermuda’s Afro-dominated party is once again in power, and this time the country has returned it to the front office with the largest margin of victory in island history.

The Progressive Labor Party won general elections on an island that is still ruled by Britain, where elections were held in the past week and the results seem to indicate that the time when parties were led by local whites is now over, barring an alliance with a sizable Afro bloc. Bermuda is located approximately 600 miles off the Carolinas and has a white and expatriate population close to 40 percent.

The PLP easily defeated the One Bermuda Alliance in a landslide victory, winning 24 of the 36 constituency seats, a majority that is even greater than what the party had obtained when it first came to power in 1998. It was sent home by voters in 2012, but critics say that the OBA concentrated so much on the economy that it lost its political and social connections to islanders.

“We felt very confident,” said party PLP spokeswoman Liana Hall in the Royal Gazette. “We knew that from the people we had met on the doorsteps and the amount of time we had spent speaking with people, getting our message out, that we had a lot of support. But, at the same time, we didn’t know we would have this many seats. There were a lot of upsets and surprises.”

The PLP walked away with 20,059 votes or approximately 59 percent of the electorate, signaling that the country had grown tired of the OBA’s one term in office. Critics also blamed its loss on poor communication with voters.

David Burt, a father of two who was the PLP’s shadow finance minister, has already been sworn in as premier and on the weekend finalized his cabinet, retaining some seniors for the previous terms of the party. At 38, he now becomes one of the youngest heads of government among the island nations in the Atlantic and Caribbean. Bermuda is still a British colony, and London has control of foreign affairs and defense. Bermuda is an associate member of CARICOM, the 15-nation bloc of Caribbean island nations and the Bahamas, mostly former British colonies.

“Our aim is simple: to be a government for all of Bermuda, whether it be the haves or have-nots, whether it is Front Street or North Village,” said Burt. “We will be a government that will govern with integrity and will work every day to improve the conditions for so many of us. Today the work begins. This is without question an honor but without question there is an incredible amount of work to be done.”

Burt takes over the reins of power in a country plagued by racial tensions between whites and Blacks, increasing joblessness and periodic islander discomfort with the large expatriate community.

The victory forced the resignation of former premier Mike Dunkley as leader of the OBA. He just barely retained his seat in the Assembly and now has an uncertain future in local politics.