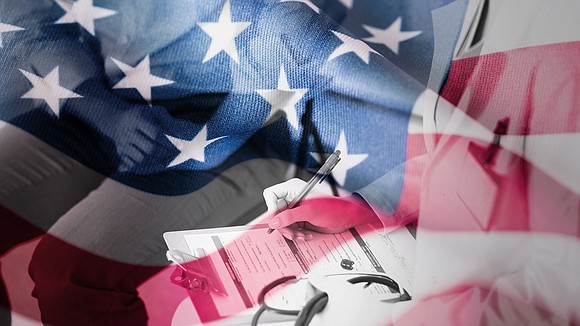 The Trump administration continues to push to repeal and replace Obamacare. Shutterstock/CNNMoney

Tuesday, the U.S. Senate voted in favor of the motion to proceed with debate on the repeal of the Affordable Care Act. While the Republican-dominated Senate voted against a proposal to repeal and replace what’s known as Obamacare, unions, health advocates and politicians expressed their anger and disappointment with the Senate and President Donald Trump’s administration.

George Gresham, president of 1199 SEIU United health care Workers East, said that his union is ready to mobilize despite Tuesday’s vote in D.C.

“Senate Republicans have elected to go forward with a procedural vote on legislation to dismantle the Affordable Care Act,” said Gresham in a statement. “Under any of the versions being considered, this legislation will result in tens of millions of Americans losing access to affordable health care, deep cuts in services for seniors and people with disabilities and hundreds of thousands of jobs lost.”

Gresham continued, “The members of 1199SEIU, in broad coalition with patients, providers and advocates, call on Congress to stop playing politics with people’s lives, and instead come together in a bipartisan way to ensure that everyone has access to quality, affordable care when they need it. Our 400,000 members are watching closely, and ready to take action.”

Gresham’s union wasn’t the only one that called its constituents to action. The New York State Nurses Association sent out a release filled with directions to the phone numbers and emails of Congress members and links to phone bank actions individuals could be a part of. They also outlined some of the things they found to be wrong with the Senate’s bill.

“The ‘Better Care’ bill keeps most of the bad elements of the House bill: it repeals the tax on billionaire hedge fund owners to keep Medicare solvent, eliminates the requirement that employers offer health coverage to their workers, eliminates the requirement that insurance plans cover minimum essential benefits and allows older people to be charged more for their coverage,” read the NYSNA’s statement. “Our hospitals will see less federal Medicaid funding and at the same time will have to care for more uninsured patients. This means reduced services, closures of units or entire hospitals and layoffs of nurses and other direct care workers.”

Tuesday’s events included Arizona Sen. John McCain returning from a recent hospitalization for brain cancer to criticize the Senate’s draft health care bill and the process of secrecy that concocted the legislation. McCain then voted in favor of the motion to proceed with debate of the ACA’s repeal.

“Any bill that forces older adults and people with disabilities to go without affordable health coverage and [with] care cuts is against our core mission and guiding principles,” said Baker in a statement. “Every repeal bill the Senate has revealed thus far would lead to tens of millions of people losing coverage and spike health care costs for the oldest and sickest among us, bringing the most harm to the very people we strive to serve and protect.”