Water down your high blood pressure 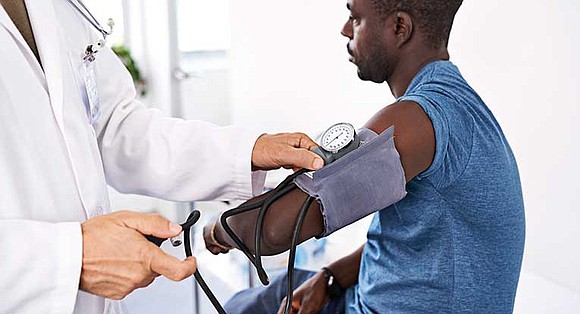 Until 1955, there were no drugs to control high blood pressure. Persons with this condition were in deep water and became water logged because of the retention of excess fluid. Thus, a condition known as hypertension resulted. During those early days, it was understood that the element sodium was the partial cause of this condition. Therapy therefore, consisted of restricting sodium in the diet. In other words, sodium was the bad actor. Low sodium diets were prescribed. However, hypertension in many cases persisted. Now, sodium is found in many forms. For example, table salt is sodium chloride. A flavor enhancer known as MSG is monosodium glutamate. Soda, or “pop,” contains sodium benzoate. Many bread products contain sodium bicarbonate. It is therefore evident that sodium comes in many hidden forms.

Sodium is needed for life. However, if sodium is retained in the body, it causes the retention of water, increasing the pressure within the circulatory system. As the pressure rises, the heart and kidneys will bear the pain.

When taking any water pill, many important elements, such as potassium, magnesium and calcium, are depleted in the body and must be replaced to maintain a healthy circulatory system and body functions. The loss of these elements causes not only cardiac conditions but also weakness in the skeletal system.

Water pills also have other side effects, such as difficulty in holding urine, causing bed wetting and other uncomfortable urgencies. The difficulty in controlling blood glucose has also been problematic. There is still a great deal to learn about the causes and treatment of hypertension, which is known as the “silent killer.”

To prevent strokes, kidney disease and heart trouble, controlling your blood pressure is a must if you don’t want to “rust out!” I hope you get my drift. If you don’t, it will be water over the dam!