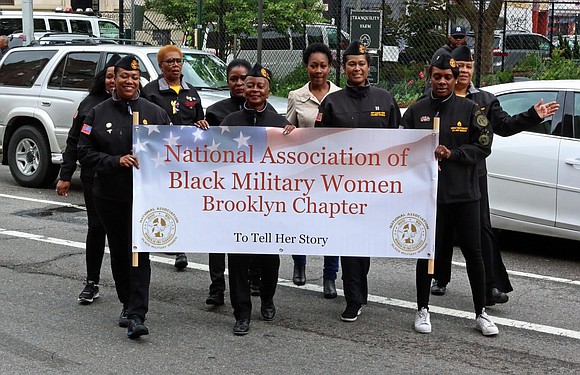 Saturday, May 27, 2017, the Black Veterans for Social Justice hosted their sixth annual Bedford-Stuyvesant Memorial Day Parade through the heart of the neighborhood from the historic Restoration Plaza down Marcy Avenue. Guided by BVSJ’s president and parade founder, veteran Wendy McClinton, fellow vets were joined by family, friends, neighbors, the Berean Community Drumline and steppers and drummers from the Ebenezer Christian Center. Beloved Brooklyn activist and veteran Job Mashariki founded BVSJ almost 40 years ago. His son, Jelani, not only works as the organization’s director of Shelter Operations, on Saturday he also served as the parade’s master of ceremony. Meanwhile, under the auspices of the Department of Veterans Services, honoring their work and this Memorial Day celebration, Mayor Bill de Blasio bestowed a proclamation upon them.