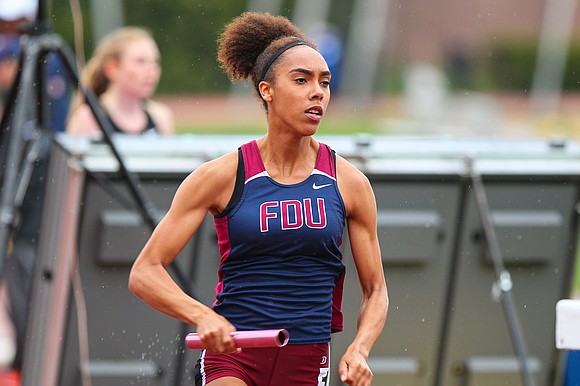 They came out hard and several posted personal bests, but most of the Division I female track and field athletes from the New York/New Jersey area fell short at the NCAA Outdoor Regional Championships in Lexington, Ky.

Fairleigh Dickinson University junior Mae Thompson made it to the quarterfinals of the 800 meters. In the quarterfinals, she finished sixth in her heat and 20th overall. Two Rutgers athletes competed at the regionals with high jumper Rhonda Rogombe placing 30th and 200-meter runner Bria Saunders finishing 28th.

Several athletes from Columbia University competed well, including junior Akua Obeng-Akrofi, who was 17th in the 200 meters and 14th in the 400, falling just short of advancing to the national championships. Other Lions in Lexington were Sarah Hardie in the 800 meters, Maryam Hassan in the triple jump, Abby McLaughlin in the 10,000 meters, Erin Melly in the 3,000-meter Steeplechase, Henna Rustami in the 5,000 meters, Brittney Wade in the 800 meters and Anna Williams in the triple jump.

Stony Brook University sent two athletes to the regionals. It was the first NCAA appearance for juniors Annika Sission, who competed in the quarterfinals of 1,500 meters, and triple jumper Kaylyn Gordon.

Area athletes advancing to the NCAA Outdoor National Championships to be held in Eugene, Ore., next week are Princeton University seniors Julia Ratcliffe in the hammer throw and Allison Harris in the pole vault. Columbia University athletes also earned two spots in the nationals with junior Nell Crosby in the 3,000-meter Steeplechase and senior Natalie Tanner in 10,000 meters.