The gift of water 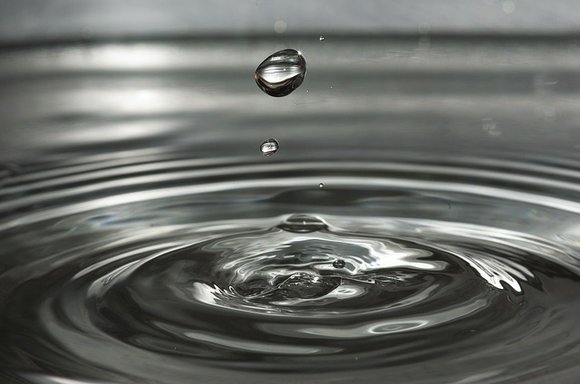 In the beginning, as recorded in Genesis 1: 9-10, “And God said, Let the vapors separate to form the sky above and the oceans below.” So God made the sky, dividing the vapor above from the water below. This miracle happened on the second day. Then God said, “Let the water beneath the sky be gathered into oceans so that the dry land will emerge.” And so it was. Then God named the dry land “Earth” and the water “seas.” And God was pleased.

Throughout the solar system, the Earth is the only planet that has been blessed with water, with the exception of the planet Mars. Life on Earth cannot exist without this precious fluid. It has been thought that the molecule of water (H2O) is a single structure. However, it has been found to be a very complex molecule. It has also been suggested that water has a memory and is affected by many external forces in the atmosphere, which changes its behavior in relation to our survival.

At the present time, the Earth is experiencing drought throughout the world. In some areas, there is an overabundance of rain causing devastation to the Earth’s surface, thus threatening plant and animal life. It is evident that life on this planet depends on water. Most humans feel that water will never run out and yet history has proved in many societies throughout the world that a water source can be depleted, causing migrations of many peoples.

If we are to preserve our water supply, we must make an effort to conserve this precious fluid. I would like to suggest the following:

• Turning off the tap during the time it takes to brush our teeth can save nearly nine gallons of water. That is more than an average citizen of Kenya makes do with throughout an entire day.

• When a tap is turned on, approximately two gallons of pure drinking water flow out every minute.

• When you wash dishes by hand, fill the sink rather than washing each plate under a continuously running tap. If you use a dishwasher wisely, it will likely use less water than even careful handwashing practices.

• You can reduce water consumption by replacing your showerhead with one that aerates and increases the flow of water to produce a finer spray.

• In the U.S., the government estimates that 36 states will face water shortages in the next five years.

• Think of the water that is wasted when you wait for the shower to heat up. Collect the water in a bucket and use it to water plants, mop the kitchen floor or handwash delicate clothing.

• When you boil water for tea or a hot drink, try to boil only what you need. If British people, who are great tea drinkers, did this just one day, the energy saved could power all the country’s street lamps through the following night.

• Teach your children to treat water with respect. The faucet in the bathtub and the garden hose are not toys. Do not let your children play with running water.