Comey to testify before the Senate Intelligence Committee 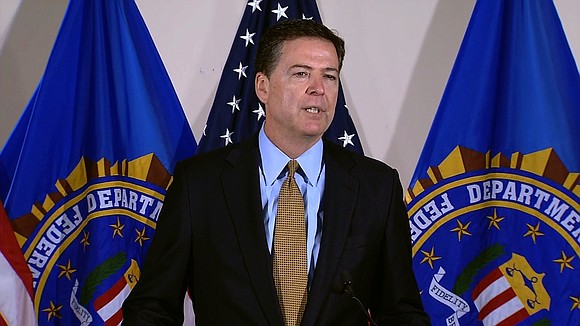 It’s good that Comey, who Trump fired in May, will be allowed to testify, but it’s bad news if somehow Trump is on to what Comey will be disclosing and that his testimony is not harmful.

According to Trump’s spokesperson Sarah Huckabee, the president wants to have “a swift and thorough examination of the facts,” particularly as they pertain to the possible collusion of the Russians and the last presidential election.

The burning question to Comey from members of the Senate Intelligence Committee will be the extent to which Comey was asked by Trump to curtail his investigation of Michael Flynn, the former national security adviser, and his connection to the Russians.

Trump’s announcement that he would not stop Comey from testifying might be an academic point because he might have undermined his executive privilege by publicly discussing his relations with Comey in tweets and interviews, in one of which he referred to Comey as a “nut job.”

Moreover, to block Comey would be a further indication that the president has something to hide.

It will be interesting to learn exactly how forthcoming Comey is and if he will be allowed to relate what is included in a memo he wrote.

Senate Minority Leader Chuck Schumer, who expressed his loss of confidence in Comey after he raised questions about Hillary Clinton’s email server on the cusp of the elections, said that the former FBI head should speak to the Senate Judiciary Committee as well.

“I would expect that Mr. Comey’s appearance before Senate Intelligence Committee will not be his last appearance before Congress,” Schumer told the press. “I know the Senate Judiciary Committee has made a similar request of Mr. Comey. I supported their request, and I hope he will go before them as well.”