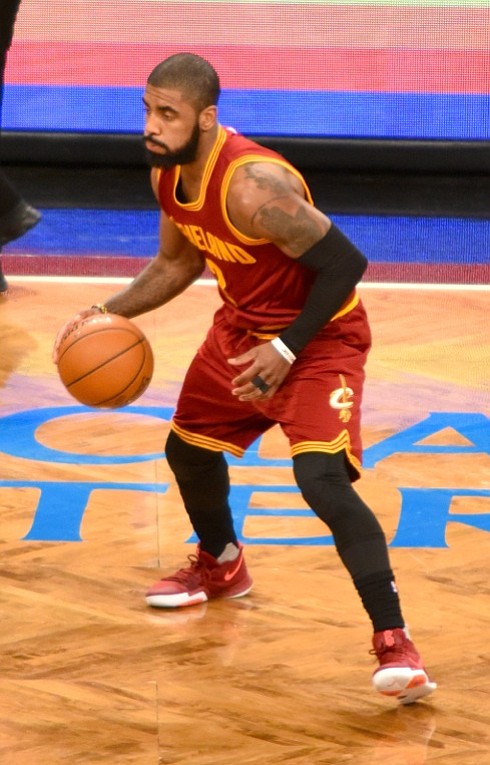 The bloodied but unbowed Cleveland Cavaliers returned home last night (Wednesday) for Game 3 of the NBA Finals after being bludgeoned by the Golden State Warriors in Oakland in Games 1 and 2 by a combined 41 points. Last Thursday’s 113-91 defeat followed by a 132-113 beatdown Sunday left the Cavaliers in the same position they were in a year ago entering Game 3.  But this year’s Finals have a much different tone and tenor because of the apparently unstoppable force that is Kevin Durant.

Nullifying LeBron James’ 28 points, 15 rebounds and 8 assists in Game 1 and his dazzling eighth career Finals triple-double in Game 2 (29 points, 14 assists and 11 rebounds), tying Magic Johnson for the most all-time, the 7-foot forward disrupted the Cavs’ meticulous game plans on both ends of the floor to open the best-of-seven series.

Durant scored 38 points with 9 rebounds and 8 assists in Game 1, all while playing superlative on-the-ball and help defense. The 28-year-old native of Washington, D.C., who has been one of the NBA’s most maligned players this season for his decision to leave the Oklahoma City Thunder last summer to join a stacked Warriors crew, was just as lethal three nights later, posting 33 points, 13 rebounds, 6 assists and 5 blocks in Game 2.

In last year’s Finals, the Cavs were focused on putting relentless pressure on the Warriors guard tandem of Stephen Curry and Klay Thompson, totally ignoring struggling forward Harrison Barnes. They trapped them on defense and executed an isolation heavy, pick-and-roll offense that incessantly ran Curry and Thompson into hard screens.

The strategy worked, ultimately taking a physical toll on the sharpshooters, neither of whose tired legs allowed them much elevation on their shots in a 93-89 Game 7 loss. The duo was an uncharacteristic combined 12 for 36. Defensively, the Warriors sent help to whomever was assigned to James, frequently freeing up guard Kyrie Irving to operate with impunity.  On the other end of the floor, James had the latitude to position himself as an NFL free-safety, masking his teammates’ defensive limitations and flaws.

Durant’s presence makes it nearly impossible for the Cavs to successfully employ the same schemes. The four-time NBA scoring champion has opened the entire floor for Curry, who shredded the Cavs for 28 points in Game 1 and 32 in Game 2. Conversely, Irving’s 24 and 19 in Games 1 and 2, respectively, had little impact as Klay Thompson harassed him into working excessively hard for almost every basket.

As for James, his brilliance was evident, yet Durant, with considerable assistance from forward Draymond Green and Andre Iguodala, permitted the Warriors to blanket him with single coverage, limiting the uncontested looks for the other Cavs as they stayed connected to Irving, Smith, Kevin Love and the rest in Games 1 and 2.

Although the Cavs’ clear blueprint of trying to match the potent Warriors’ up-tempo offense woefully failed in falling 2-0, Tuesday, their head coach Tyronn Lue said he was not going to change his team’s approach entering Game 3, including keeping his starting lineup intact in the face of virtually no production from guard J.R. Smith, who was an albatross in Games 1 and 2, scoring a total of only three points on 1-for-6 shooting, with zero assists and two rebounds.

“I think taking good shots when we’re playing with pace and not turning the basketball over, letting them get out in transition,” Lue said. “So, that’s our game. We’re not going to change our game because of who we’re playing. And I’m confident that we can play that way, and we did it last year. A lot of people said we couldn’t. But that’s our game. That’s who we are. And we’re not going to change just pause we’re playing Golden State.”

Lue’s steadfastness may turn out to be a stubborn and terminal mistake.