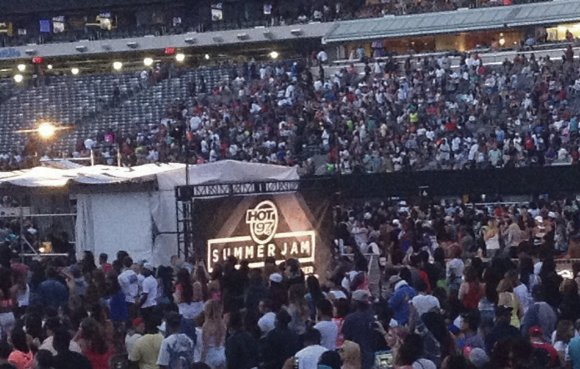 On Sunday June 11th, Hot 97 will be hosting their annual Summer Jam concert at the MetLife Stadium in New Jersey. Hot 97 which is also known as WQHT, is a New York City based radio station where they primarily play mainstream urban hits. Summer Jam is one the biggest concert for Hip-Hop and R&B enthusiasts. Since this year marks the 20th year of Notorious BIG death, his legacy will be celebrated with numerous artists. Along with Faith Evans, big names like TT Torrez, DJ Enuff , Migos, Young M.A., DJ Khalid and many, many more will be entertaining the thousands who will no doubt be attending this concert.

TT Torrez is a well-known radio personality on Hot 97 and the producer of the Summer Jam Concert. “Depending on availability and popularity for our artists and Dj’s, it can be very challenging when we are planning this event. We usually start as early as a week after the previous concert to plan the next Summer Jam,” said TT Torrez.

“Our Summer Jams are full with 50,000+ Hip Hop heads who want to have a good time with their favorite artists. A lot of our performers time their music releases around Summer Jam so they can perform it to a large audience. It's a big deal!”

DJ Enuff is another prominent DJ and radio personality on Hot 97.“As a fellow New Yorker, I am mostly excited to see the New York Hip Hop artists representing their own area. Summer Jam is one of the few shows that is centered around urban music. This show is for people who enjoy Hip Hop music and as long as it keeps evolving, Summer Jam will be there to support!" said DJ Enuff.

At the venue, during the concert, tickets and Club 97 packages will be sold at the Ebro in the Morning Section. The packages include; access to the VIP Patio, premium show seats and much more. Tickets can be also purchased on Ticketmaster.com or by phone at 800-745-3000.