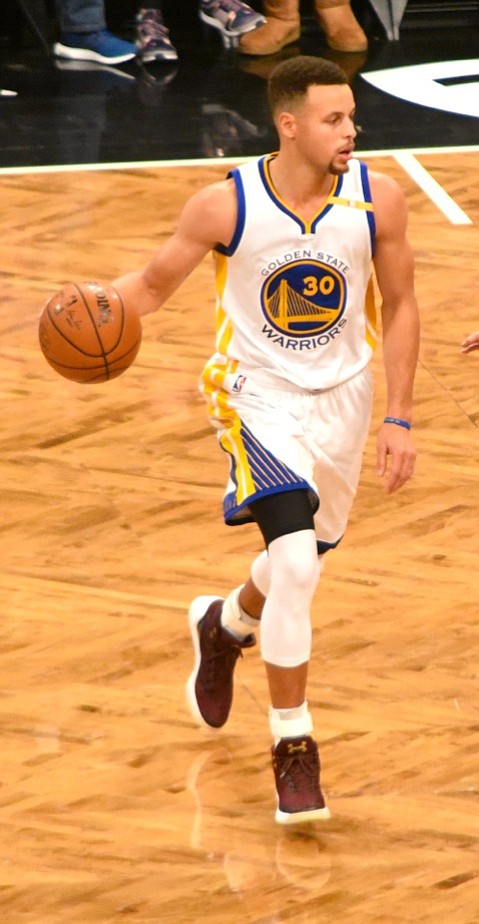 We live in a divided society. Everyone has an opinion. You like this president or you don’t. A comedienne holding up a replica of his disembodied bloody head bothers some, but not others. You’re with it, unbothered or you’re not. There’s no in between. Those who are, who ride the fence, have no real volume to their voice.

The Cleveland Cavaliers versus the Golden State Warriors championship series, the NBA Finals, the third in this trilogy, represents this divide. You either like Cleveland, or you don’t. You either like Golden State, or you don’t. There are those who believe that Golden State won the first series in 2015 because of the season-ending injuries during the playoffs to Kyrie Irving and Kevin Love, Cleveland players, but deny that Cleveland won the championship last year because Draymond Green, a key component of the Warriors, was suspended for Game 5. And interestingly enough, it’s vice versa.

Golden State, in Cleveland until tomorrow night (Friday) to play Games 3 and 4 against the Cavaliers (Wednesday and Friday night games) in this four out of seven series, will either sweep the defending NBA champions and celebrate winning the chip on Cleveland’s home court, split win one/lose one, making it 3-1, or return to Oakland for Game 5 Monday with the series tied 2-2.

Golden State has played great basketball, holding the Cavaliers to just 91 points with no turnovers in Game 1 and scoring 132 points in Game 2, despite their accumulation of 20 turnovers during the game.

“We forced them to 20 turnovers, and they still beat us pretty good,” said LeBron James, faced with defending Kevin Durant (38 points), who he describes as “a high-powered basketball talent,” and Stephen Curry’s 28 points with 10 assists in Game 1, and a Durant double-double, 33 points, 13 rebounds accompanied by a Curry triple double, 32 points, 10 rebounds and 11 assists in Game 2.

Curry revealed that he had been given special instructions during the game by his head coach, Steve Kerr, who had not been able to sit on the sidelines with his team since April 19 because of a back injury. Assistant coach Mike Brown has been filling in as the Warriors compiled a 14 and 0 postseason record.

“Play with passion, and play with joy,” Kerr instructed Curry, who was voted the NBA’s MVP in the 2014-15 season, leading the Warriors to their first NBA championship since 1975. Kerr, who lead his team to a record 73 wins last season, was voted NBA Coach of the Year.