One third of world now overweight, with US leading the way 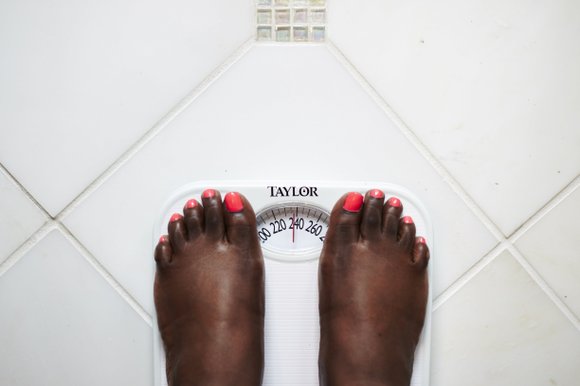 (CNN) -- More than two billion adults and children globally are overweight or obese and suffer health problems because of their weight, a new study reports.

This equates to one-third of the world's population carrying excess weight, fueled by urbanization, poor diets and reduced physical activity.

The United States has the greatest percentage of obese children and young adultcs, at 13%, while Egypt led in terms of adult obesity, with almost 35%, among the 195 countries and territories included in the study.

While 2.2 billion people were obese or overweight in 2015, more than 710 million of them were classed as obese, with 5% of all children and 12% of adults fitting into this category.

An increasing number globally are dying from health problems linked to being overweight, such as cardiovascular disease, said the study, which published Monday in the New England Journal of Medicine.

Almost 40% of the 4 million dying as a result of their higher body mass index were not yet obese, highlighting that deaths are occurring almost as often in those considered overweight as those considered obese.

Body mass index is the ratio between a person's weight and height; a BMI of 25 to 29.9 is considered overweight, while anything over 30 is obese.

"People who shrug off weight gain do so at their own risk -- risk of cardiovascular disease, diabetes, cancer, and other life-threatening conditions," said Dr. Christopher Murray, director of the Institute for Health Metrics and Evaluation at the University of Washington, who worked on the study.

The IHME researchers analyzed data from 68.5 million people between 1980 and 2015 to explore trends as well as figures regarding overweight and obesity rates.

Data was obtained from the most recent Global Burden of Disease study, which explores all major diseases, conditions and injuries globally by age, sex and population.

The data revealed that the number of people affected by obesity has doubled since 1980 in 73 countries, and continued to rise across most other countries included in the analysis.

Obesity levels were higher among women than men across all age groups, which correlates with previous findings on obesity.

Percentages of children who were obese were lower than adults, but the rate at which their numbers have increased was greater, signifying more risk in the future if nothing is done to curb the problem.

In terms of numbers, the large population sizes of China and India meant they had the highest numbers of obese children, with 15.3 million and 14.4 million, respectively.

Despite a smaller population, the United States had the greatest number of obese adults, with 79.4 million (35% of the population), followed by China with 57.3 million.

The lowest obesity rates were seen in Bangladesh and Vietnam, at 1%.

"This re-emphasizes what we already know about the obesity epidemic," said Goodarz Danaei, assistant professor or global health at the Harvard T.H. Chan School of Public Health. "But it raises the alarm that we may be facing a wave of obesity in the coming years across high and low income countries."