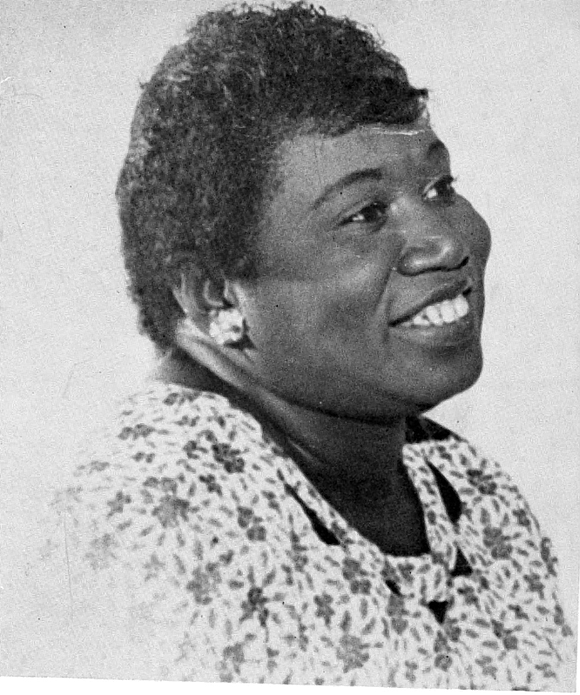 When a good friend reminded me that Mae Mallory was a participant at the Sixth Pan-African Congress in Dar es Salaam, Tanzania, in 1974, I dove into my memory bank to recall her presence there. Probably the best account of Mallory at the Congress is in the diary of Hoyt Fuller, then editor of the Black World.

Fuller informed readers that Mallory at that time lived in Mwanza, Tanzania, and then, as only Fuller can, recounted a portion of her political resume and how this militant activist ended up so far from the civil and human rights struggle in the U.S.

“In 1963, a North Carolina court sentenced her to 16 to 20 years in prison in the famous case in which Mrs. Mallory, Robert Williams and three other young men were charged with kidnapping a white couple in Monroe, North Carolina in 1961,” Fuller wrote. “Mrs. Mallory fled to Cleveland, Ohio because of that area’s reputation for aiding refugees from southern oppression…but she was finally extradited two years later.”

A North Carolina supreme court later reversed her conviction because African-Americans were systematically barred from serving on the jury that convicted her. As a resident of Tanzania in East Africa, Fuller noted that Mallory was a long way from the battleground of Brooklyn and Harlem, where she was a formidable fighter for Black self-determination, particularly in the sphere of education. Fuller wrote that she had a political past that allowed her to become affiliated with a cross section of ideological organizations, but “now she appears very much at home in Tanzania,” he concluded.

Whether in Africa, Cleveland, New York City, or North Carolina, Mallory sought a way to apply her revolutionary vision and commitment. She was living in New York City when she answered a call from Robert Williams and his wife, Mabel, to join them in the fight against racism and segregation, something she had been doing for years in the North, even advocating armed self-defense.

Mallory was born in Macon, Ga., June 9, 1927, and by the time she was 12 she was living with her mother in New York City. Although many New Yorkers have vivid memories of the Harlem Six, they might not remember the Harlem 9, a group of Black mothers, including Mallory, who were adamantly opposed to the segregated and inadequate educational conditions. Mallory led the campaign to give political meaning to the findings of Kenneth and Mamie Clark about the overcrowded classrooms, lack of quality teaching and materials and other discriminatory factors.

Along with their protest demonstrations, the Harlem 9 also brought lawsuits against the city and state, with the NAACP as amicus curiae. The protest grew to include such notable freedom fighters as Ella Baker and Adam Clayton Powell Jr. and was strongly endorsed by the Amsterdam News. Out of the tumult was the creation of several freedom schools, offering students an alternative to the public school system. When the city retaliated against the 162-day boycott involving 10,000 parents, the Harlem 9 was charged with negligence.

The group won the court battle and the Board of Education allowed the parents to transfer their children to integrated schools, which wasn’t allowed before. Subsequently, the school system established an Open Enrollment policy that permitted thousands of students to attend the integrated schools, precipitating white flight.

In her letters from prison in 1962, Mallory summarized the educational battle. “I represented the Parents Association in Albany and spoke about the miserable condition of P.S. 10,” she wrote. “They were not prepared for this angry Black woman. Brand-new toilets were put in immediately.” She went on to say, “We needed a new school. Getting that school gave me so much confidence that you can fight City Hall and win.”

Her fight for self-determination was noticed beyond the Harlem precincts, and that may have been one of the reasons she was summoned by the Williamses to join them in Monroe.

It was Mallory’s call from jail to the Workers World Party that led to the creation of the Monroe Defense Committee. From the Harlem office, members of the party were totally committed to the struggle to free Mallory and the others, including massive rallies, fundraising activities and generally building a promotional campaign that reached national proportions.

After her victory, according to Workers World, Mallory addressed thousands of people across the nation, advocating the armed defense proposed by Robert Williams, which was further promoted by his book “Negroes with Guns.” Not much has been said or written about Mallory’s witnessing the assassination of Malcolm X. During a speech later in Buffalo, N.Y., she reportedly said, “A Black hand pulled the trigger, but it had a white brain behind it.”

Malcolm’s murder did not stop Mallory’s activism, and within weeks she was back on the ramparts, protesting the U.S. intervention in the Dominican Republic. In 1966, she was a speaker at an anti-Vietnam War rally, urging the crowd on and insisting, “We are inspired by and salute the great People’s Republic of China.”

Later, after participating in a number of rallies for civil and human rights, Mallory disclosed her intentions to leave the U.S. and settle in Africa. Her arrival in Tanzania occurred at the same time many African-Americans, no longer able to abide the changes in Ghana, established a bulwark in East Africa, including Uganda, Kenya and Ethiopia.

I will continue to explore my articles and diaries of those days during the Six Pan-African Congress to see if there are any mentions of Mallory’s influence on the delegation, much in the manner she did for so many organizations and activists before her death in 2007.