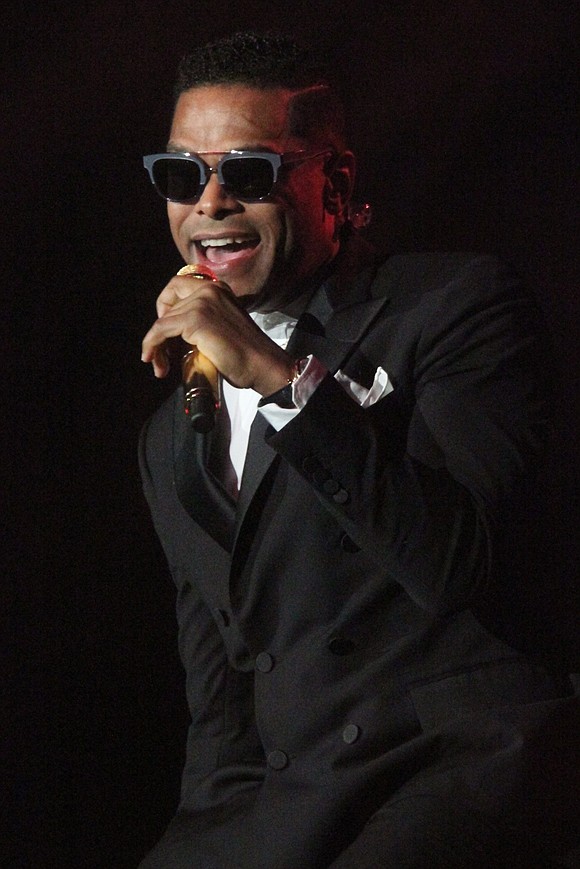 The verbiage indicated it would be a ‘soul man’ dominated few days, originating on Long Island and reaching a crescendo uptown in Harlem. To be perfectly honest, for the most part it turned out that way, as the brothers put on.

First, concluding his tristate area appearances, Maxwell bought it home NYC at the newly renovated Nassau Coliseum. I’m sure my weekly crew has had the pleasure of viewing Maxwell in the flesh, so any superlatives will border on redundancy, although the Prince homage (interloping “Do Me Baby” with “Fortunate”) yielded extra Saz’on. Although strong catalog, experience and confidence are all key components to being an elite showman, the ability to connect to your audience may trump all.

An overlooked component to having that telepathy is being able to connect the dots before he takes the stage. Aside from a head-line tour to support “blackSUMMERS’night,” the second installment of a planned trilogy album collection, Maxwell and Ro James rocked the nation. That was succeeded with the co-headlining The King and Queen of Hearts World Tour with Mary J. Blige, which took him to arenas around the world. Why not rock with someone who can push my abilities every night and/or introduce his vast, ardent fans to the work of someone on the cusp? That’s the no-fear gene that runs deep in Brooklynites, I guess.

This time out, those prime slots were slated to Leela James and Ledisi. Both ladies took full advantage of their shared opportunities. James’ set, albeit so brief, was enough to show her unique brand of funk, R&B and soul music. Ledisi, like James, is abundantly gifted and has an arsenal of great, feel-good material. Songs such as “Pieces of Me,” “Alright” and the brand spanking new “High” all proved to be crowd movers when performed live, but lawd if she ever gets that monster hit! Let’s see what the future holds.

Meanwhile in Harlem, all eyes were on the Apollo Theater for the 12th annual Spring Gala. Although primarily a fundraiser/award ceremony, the entertainment is just as synonymous. The names CeeLo Greene and Charlie Wilson were emblazoned on the marquee, and like Maxwell, they delivered. How can they not? Classics such as “I’m a Fool” and “Outstanding” by the respective artists are tailor-made for the Apollo Theater. Funny though, it was the ladies again who elicited standing ovations.

Some may say that in the case of Wé McDonald (a Paterson, N.J. native, Harlem born), it was expected. She was a multiple winner of the theater’s world renowned Amateur Night competition. Anyone who knows that room, however, knows that you must show and prove every time you touch that stage, so the plaudits were well deserved. The other performance of note was that of Sheila E. Her soul, rhythm and energy demanded the love and respect she got back. Looking forward to what this summer has for us.

Just got word that Dave Chappelle is about to go on an extended run at Radio City Music Hall. In the same vein as his similar run a few years back, the shows will include a variety of special guest performers supporting him. Some of the names thus far are The Roots, Erykah Badu, Chris Rock, Trevor Noah and Childish Gambino. Tickets are on sale Friday morning at ticketmaster.com.