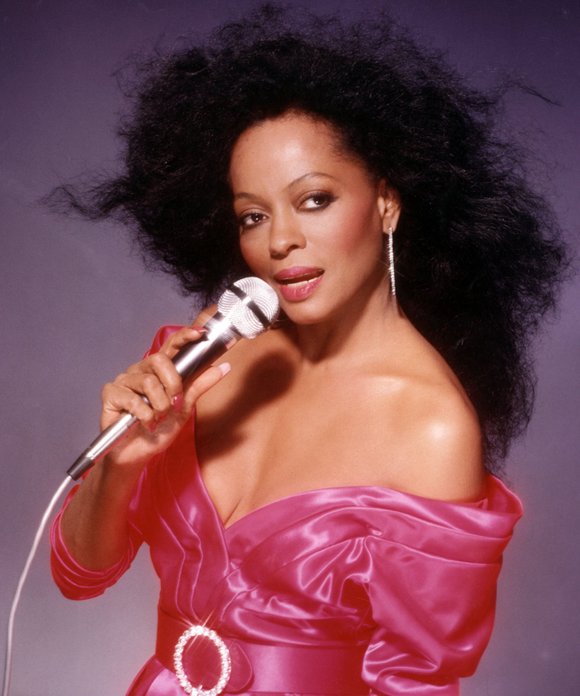 Diana Ross’ oldest son, Ross Naess, 29, married the mother of his 1-year-old son, Lief, Kimberly Ryan, in Santa Barbara, Calif. June 10. Naess’ iconic mother sang at the nuptials. Kimberly is expecting the newlyweds’ second child. Guests included Naess’ brother, Evan Ross, and his wife, actress Ashlee Simpson Ross. The wedding was reported to be Bohemian, with shoes as an option and guests camping in tents. Naess’ father was shipping magnate, Arnae Naess, who died in a mountain climbing accident in 2004. He and Diana Ross were divorced and he had remarried at the time.

As in its nickname, the City of Brotherly Love, there is a whole lot of love being spread in Philadelphia, June 20 and 21. Tuesday, June 20, The Literary Cafe presents a discussion and book signing for bestselling author Donald Bogle at The African-American Museum, 701 Arch St., Philadelphia, from 5:30 p.m. to 7 p.m. Bogle is one of the foremost authorities on African-Americans in film and entertainment history. He is the author of eight books. His latest book, “Elizabeth and Michael: The Queen of Hollywood and The King of Pop—A Love Story,” chronicles the lives of the two larger-than-life celebrities, highlighting the similarities and parallel events that would ultimately make them the best of friends. Wednesday, June 21, there will be A Philly Salute to boxing legend Michael Spinks at Warmdaddys, 1400 S. Columbus Blvd., Philadelphia, from 5 p.m. to 7 p.m. The champ will share insights on his career as well as sign autographs. $10 admission.

The American Black Film Festival hits Miami Beach, June 14-18. Named one of the coolest film festivals in the world, it brings the who’s who of Hollywood to Miami for five days. Catch the world premiere of “Girls Trip,” starring Queen Latifah, Jada Pinkett-Smith, Tiffany Haddish and ABFF Ambassador Regina Hall and much more at #ABFF2017!

Looking for a scrumptious meal and awesome ambiance in New York City? Look no further. Located across the street from The Museum of Modern Art at 33 W. 54th Street in Midtown Manhattan, Mozzarella and Vino offers authentic southern Italian fare in a relaxed, casual and cozy environment. The gorgeous decor is rustic and casual, and boasts an enoteca-style wine bar and restaurant. Specialty delicious dishes include lasagna al forno, oven-baked lasagna; Arancini di riso, fried rice balls with veal, peas and mozzarella; Bieratta Pugliese sauteed with basil oil served with cherry tomatoes and toasted bread; and so much more. Celebs who have been spotted at this fabulous eatery include Paul McCartney, Glenn Lowery and Vogue’s Andre Leon Talley.