Police: Mother of 4 killed by officers was wielding knife 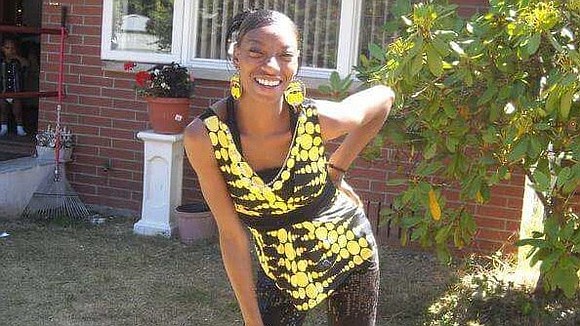 (CNN) -- A pregnant mother of four was shot and killed by Seattle police after she confronted officers with a knife, authorities said Sunday.

The dead woman was identified as 30-year-old Charleena Lyles by family members -- who said she had four children and was expecting a fifth.

Police Sgt. Mark Jamieson said two officers went to Lyles' address after she called to report a burglary. "We were here to meet with one of the residents. Typically, that would be a one-officer call, but there was some information in the system, officers had dealt with this particular unit, this particular caller just recently. There was some hazard information so that prompted a second officer to respond," Jamieson said.

The responding officers can be heard on a dashcam audio recording released by police. They discuss a previous interaction Lyles had with law enforcement -- and the fact that she was the subject of an "officer safety caution."

"She started talking all crazy about how the officers weren't going to leave and she had a pair of scissors," one officer says.

"She got a mental caution on her?" the second officer asks.

"She got an officer safety caution on her," the first officer says.

"Okay, but no mental on her?" the second officer asks again. The first officer's reply is inaudible, but Lyles' sister told CNN affiliate KOMO that she told police Lyles had mental health issues when she was arrested earlier this month.

According to King County jail records, Lyles was arrested and charged with obstruction of a public officer and harassment of a law enforcement officer on June 5. She was released conditionally June 14.

On the dashcam audio of Sunday's incident, officers can be heard greeting Lyles and asking questions about the burglary report.

She tells them she left her door unlocked while she went to the store and that while she was out her Xbox was stolen. A child is heard making noises in the background. The officers ask Lyles if she knew who the suspect could be. She says she has no idea. They take down her contact information and confirm what was stolen.

Seconds later, a commotion is heard. a child cries and Lyles curses at the officers. Officers shout "get back" repeatedly. Shots are heard. Then the dashcam audio ends.

Jamieson said that at some point after Lyles armed herself with a knife both officers "had to fire their service weapons." He would not say whether any children witnessed the shooting -- but said there were three children in the apartment at the time of the shooting. "They are unharmed, they are being taken care of right now," he said.

Lyles' family members blasted the police over the use of lethal force.

"How is she a fing threat? What's she going to do to all you police? You big fing men, I can take her down, I know you can," her sister, Monika Williams, told KOMO.

The statement provided by the Seattle police department said both officers were "equipped with less lethal force options," and that all its officers are trained in crisis intervention.

Lyles' brother, Domico Jones, also speaking to KOMO said, "If worst comes to worst, you could have used a Taser instead of a gun for someone that has three kids inside the house."

Seattle mayor Ed Murray called the incident a tragedy and said it would be "fully investigated" by a federal monitoring team.

"My thoughts are with the many people impacted, including three children and the responding officers," he said. The officers will be placed on paid administrative leave during the investigation, the police department said in its statement.