Prodigy of Mobb Deep dies at 42 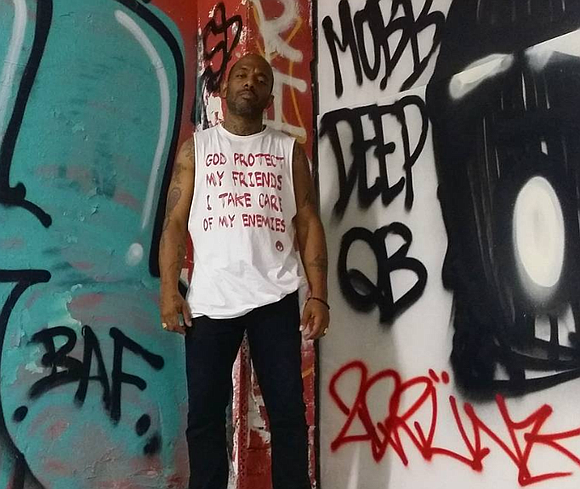 (CNN) -- Rapper Prodigy, one half of the influential hip hop duo Mobb Deep has died, according to a co-author on one of his books, Kathy Iandoli.

A cause of death has not been released, but the rapper had been hospitalized for complications caused by sickle cell anemia prior to his death, Iandoli told CNN.

Prodigy had been in Las Vegas for a Mobb Deep performance.

Born Albert Johnson, the rapper's family had a storied history.

His great-great-great-grandfather, William Jefferson White, founded Georgia's Morehouse College in the basement of his Baptist church.

Johnson met fellow Queens, New York native Kejuan Muchita when they were both freshman at Manhattan's High School of Art and Design.

The pair bonded over their shared love of hip hop and formed Mobb Deep. Johnson took the moniker Prodigy, while Muchita chose the performance name Havoc.

They scored a record deal as teens and released the album "Juvenile Hell" in 1993.

The project didn't generate much buzz, but the duo found more success with their sophomore album "The Infamous."

With its gritty rhymes and contributions by the artists Nas and Raekwon, the album helped launch Mobb Deep to the top of the hardcore, hip hop ladder.

Prodigy detailed his beef with Tupac in a 2012 interview with Hip Hop DX.

"When we made 'The Infamous,' we had a song called 'Survival of the Fittest,'" the rapper explained. " On that song, in the beginning, my man that came home from jail...in the beginning of the song, he says, 'Thug life, we still living.'"

"Tupac was the one who was most known for saying that," Prodigy said. "So I think that pissed Tupac off a little bit."

Mobb Deep was entangled in the East Coast/West Coast rapper rivalry of the '90s.

Two of their biggest hits were "Quiet Storm" and "Shook Ones."

Being a part of Mobb Deep didn't keep Johnson from solo projects like his album "H.N.I.C."

He also appeared on collaborative projects such as 2007's "Return of the Mac" and 2013's "Albert Einstein."

Johnson had some legal troubles. In 2007, he was sentenced to three years in prison for illegal possession of a firearm.

He detailed that incident and more in his memoir "My Infamous Life: The Autobiography of Mobb Deep's Prodigy."

"There were too many other adventures to squeeze in: his family's rich historical and musical legacy; his lifelong battle with sickle cell anemia; UFO sightings; episodes with Lindsay Lohan, Mary J. Blige, and Lil' Kim; and his contributions to the golden era of hip-hop," Johnson's memoir co-author, Laura Checkoway, wrote in a 2011 piece for the Village Voice.

In 2016, the rapper published "Commissary Kitchen: My Infamous Prison Cookbook" with Iandoli, which contained recipes and stories about the food he experienced while in prison.

Johnson was mourned on social media Tuesday by many fellow artists, including rapper Nas, who was the first to post about Johnson's death.

"Damn. RiP to the great one Prodigy," rapper Lil Wayne tweeted. "Rap game lost a legend the world lost a G. [Prayers] to and for his fam. Love. MOBB"