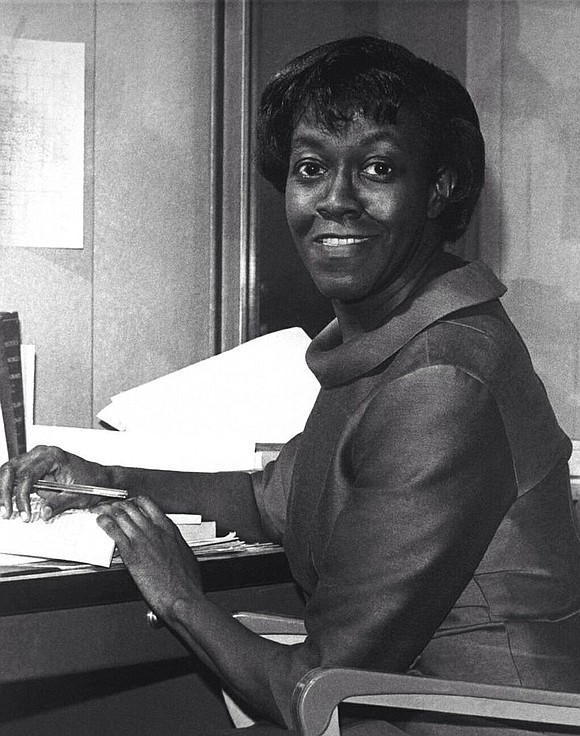 This month we celebrate the 100-year anniversary of the birth of my favorite poet, Gwendolyn Brooks. Brooks was the first Black Pulitzer Prize winner, having won the coveted Pulitzer Award for Poetry in 1950 for her book “Annie Allen.” Brooks was also appointed poet laureate of Illinois in 1968, and then became the first Black woman inducted into the Academy of Arts and Letters in 1976. Her career was a filled with many firsts, but most importantly, Brooks dedicated her life to supporting young poets and writers across the country. There are countless stories of her generosity and the small scholarships she awarded young people to encourage them to continue writing. Brooks was dedicated to a holistic vision of Black uplift and published many of her works with African-American owned book publishers to further support Black businesses.

Many people still have not read the poems and short stories of Gwendolyn Brooks, possibly because the full effect of her poetry is often felt when spoken aloud. In many ways, her poems are like jazz. Merely seeing the notes on the page does not give the reader the full effect of the weight of her words. Many of us have marveled at the brilliance of Maya Angelou or Langston Hughes and have found their poems somewhat more “accessible.” However, I implore our readers to (re)discover the beauty of Gwendolyn Brooks and her descriptions of all facets of Black life.

Her most celebrated poem “We Real Cool” is often lauded because Brooks decided to write from the perspective of Black boys skipping school. Instead of chastising them, Brooks decides to put herself in their shoes and think about what their lives must be. The brilliance of Brooks was her ability to take the mundane, the things seen every day and ultimately ignored, and make them alive, real and interconnected to the Black experience.

By no means am I a poet. However, after reading the poetry of Brooks I am always inspired to write—something, anything. One of the most important takeaways of Brooks and her successes were to inspire others to write their own stories and document their own realities. If we do not document our own stories, we leave our past, present and ultimately our futures in the hands of others. Therefore, I have a request. In honor of Gwendolyn Brooks I would hope that each of us takes a small moment to write something. A few lines of a poem, a short story, an op-ed, just anything. Brooks was a gift to literature, poetry and the Black community especially. We can honor her by writing and continuing her legacy of observation and respect for the Black people around us.