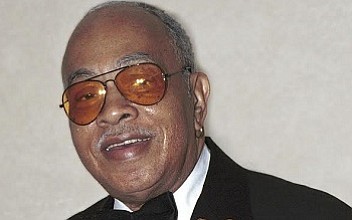 Longtime Brooklyn resident George H. Andrews has died. Andrews dedicated his life to helping young people in the community get into college along with being an advocate for historically Black colleges and universities. He was 87.

Andrews passed away in Tuskegee, Ala., where he had been living, June 2. He moved to New York City in 1957 where he resided in the Brooklyn’s Crown Heights neighborhood. He moved back to Alabama in 2015.

While in college, Andrews was a member of the Dramatics Guild and voted Student of the Year. He was also a member of the ASU marching band, the Mighty Marching Hornets, where he served as drum major.

After graduating with a degree in Sociology in 1951, Andrews went into the U.S. Air Force, where he served as a cryptographer. After his time in the service, he decided to leave Alabama and move to New York City to find better opportunities.

His love for HBCUs began when he took a marketing job for a tobacco company, which allowed him to visit Black colleges across the nation. Andrews eventually took a position with the New York City Human Resource Department as the service representative at the Prospect Income Maintenance Center, where he worked for almost 30 years before retiring.

In 1964, Andrews founded the New York Metropolitan Chapter of ASU Alumni, later becoming President Emeritus of the chapter. In 1967, Andrews helped to initiate the first appearance of the Mighty Marching Hornets Band on national television. The band performed Dec. 10 at a New York Jets football game at Shea Stadium.

Having no children of his own, Andrews was known for teaching high school students in his neighborhood about the importance of attending college. His efforts helped send more than 100 students to ASU and other HBCUs. Andrews was also a member of the Alpha Upsilon Chapter in Brooklyn of Omega Psi Phi Fraternity, Inc.

A lover of theater and music, Andrews was a dedicated fan of actress and singer Lena Horne. The two had a long-standing friendship that spanned decades. In 1981, Andrews was partly responsible for Horne receiving a Tony Award for her one-woman show, “The Lady and Her Music.” He collected 3,000 signatures on a petition he started.

A memorial service for Andrews is being planned for July 15 at 11 a.m. on the ASU campus.